The Mind Sports Association of Pakistan (MSAP) has decided to celebrate the accomplishment of International Master Mahmood Lodhi who recently improved his own record of winning the national chess title for the 12th time.

Tariq Rasheed Khan, Director, MSAP, has announced that a befitting ceremony is being planned in the honour of Mahmood Lodhi who emerged triumphant in the 27th National Chess Championship 2010 that concluded at the Jinnah Stadium in Islamabad the other week 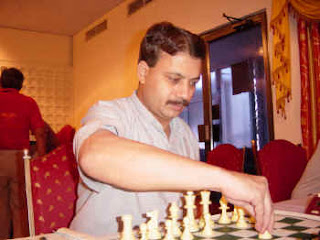 Mahmood Lodhi won the recently held National Championship by securing nine points in the competition played under the 11-rounds Swiss League System in which Aamir Karim and Akram Wasim, both of them also from Punjab, shared the second position by aggregating 8.5 points each while the next position was shared with eight points each by Tanvir Gilani (WAPDA), Salman Farooqui (Sindh), Anwar Qureshi (Railways), Mohammad Waqar (Sindh), Dr Murtaza Ali (Punjab), Noman Mustafa (Sindh) and Mohammad Shahzad (Punjab).

He has participated in various international tournaments over the years but due to financial constraints he also has had to miss quite a few events during this period that has denied him the sought after Grand Master title.

“Mahmood Lodhi is an asset for the country and the MSAP will do everything to facilitate him in his quest to become the country’s first Grand Master of chess which will indeed be an honour to Pakistan as well,” Tariq Rasheed noted.

The Gujranwala-based Mahmood Lodhi has remained jobless for a long time after having been relieved by the Pakistan International Airlines (PIA) despite having been crowned as the national champion on the highest number of occasions.

It’s really a pity that an athlete of the calibre of Mahmood Lodhi, having earned laurels for the country in the limited opportunities coming his way besides ruling the chess arena at the national level for so long, has remained unemployed over the years despite the tall claims of the successive government being sports-friendly.

Even the administration of Prime Minister Mir Zafarullah Khan Jamali couldn’t do justice with him when there was a lot of talk about the sportsmen getting their due quota of jobs.

The Chess Federation of Pakistan (CFP) is also to be blamed for not having pleaded the case of their most valuable asset in the manner he deserved. 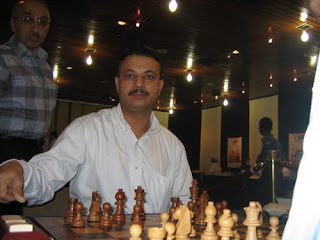 On the contrary the national record holder has had grievances with the functionaries of the federation who are believed to have created hurdles for him instead of taking care of him.

Mahmood Lodhi has got a new lease of life after being taken in their folds by the MSAP whose officials have proved by their acts that they really desire to facilitate the national champion in accomplishing his cherished goal of rising to the coveted rank of a Grand Master.

He thoroughly deserves the consistent support he’s being extended by the MSAP at what probably is the most critical phase in his career. He does have the eagerness and the talent to scale greater heights.
readmore »»