Sri Lanka could be jolted in ODI series 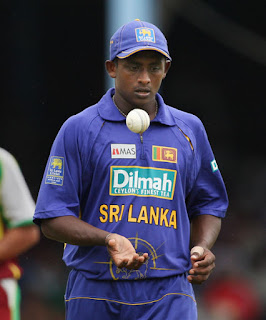 Although the present bunch of talented and experienced Sri Lankan cricketers has the mental toughness to overcome the nightmarish situations it found itself in during the just concluded three-nation tournament in Bangladesh but its recent inconsistency does provide Pakistan a window of opportunity in the three-match ODI series starting at the National Stadium, Karachi, on January 20.
It’s the same venue where the Sri Lankans had annexed the Asia Cup last year with hints of conviction. They had proved too good for all their Asian rivals to become the deserved continental champions.
On paper the Sri Lankans are still the stronger side and they should be the considered the favourites to dominate the series of three ODIs against the home side far too short of international exposure during the recent times.

Pakistan, however, have had the reputation of taking the strongest of opponents to ride on their day. It’s the team that can never be written off even while fielding the most ordinary of outfits.
The Sri Lankan skipper Mahela Jayawardene, upon his arrival in Karachi, has played down the defeat at the hands of Bangladesh in their league meeting and then the great escape in the final against the same opponents by reaffirming that his side knew how to perform in adversity.
Jayawardene, being a shrewd leader besides being an outstanding batsman, must be aware of the fact, however, that it’s not a healthy sign to collapse against the minnows more than once.
Jayawardene would also be mindful of the fact that their magician spin duo of Muttiah Muralitharan and Ajantha Mendis may be blunted by the Pakistan batsmen, who play the spinners better than the best.
In the past it have been the genuine fast bowlers who have threatened Pakistan even on the docile wickets rather than any spin great. No matter how skilled and penetrative the Sri Lankan spinners have been elsewhere there’s no guarantee that they would drive home the advantage in Pakistan.
Muralitharan and Mendis have had phenomenal success. The 36-year-old Muralitharan, already the highest wicket-taker in Test cricket with a tally of 769, is on the threshold of achieving the similar record in ODIs. He looks set to go past the great Pakistan all-rounder Wasim Akram who was the first to reach the milestone of 500 wickets in ODIs.
It would be a great honour for Muralitharan to become the highest wicket-taker in both forms of the game. He is nine wickets away from the landmark it seems a matter of time for him to have it in his bag.
Besides the wily off-spinner Muralitharan, the unorthodox spin of Mendis has also taken the world by storm. He may not a big turner of the ball but he has enormous variety to fox the batsmen and the 23-year-old has also already entered record books by claiming 50 wickets in the least number of ODIs.
The Sri Lankans have a powerful batting line-up with the likes of Mahela Jayawardene, Kumar Sangakkara, Sanath Jayasuriya and Tillakaratne Dilshan in their ranks. The youngsters like Upul Tharanga, Chamara Kapugedera and Jehan Mubarak have to rise to the occasion to complement the experienced campaigners. They have a decent pace bowling attack and the presence of utility men like Farveez Maharoof adds balance to their team. 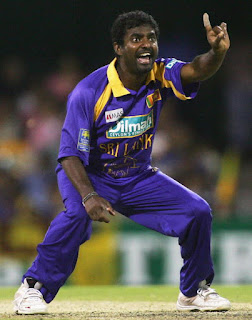 The home team is a blend of youth and experience with Shoaib Malik leading the side for the first time after being granted the extension to his tenure. Misbah-ul-Haq, Salman Butt, and Younis Khan will hold the key in batting while all-rounders Shahid Afridi, Yasir Arafat and Sohail Tanvir are expected to make their presence felt in a big way.
Hopefully the fit-again Shoaib Akhtar will not break down again to spearhead the attack during the entire length of the series with the tried trusted medium-pacers in Umar Gul and Rao Iftikhar in the support cast.