While the recent farewell of the Indian batting great Sachin Tendulkar is reported to have brought tears in many eyes, it’s the mention of his Test debut which continues to shake me even though more than 24 years have lapsed now. 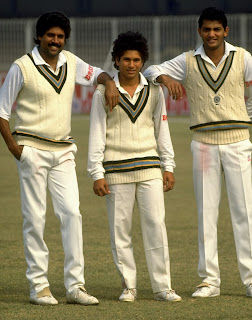 My childhood friend, Ali Rizwan, who was a Tendulkar in his own right in many ways, died in a tragic road accident less than a week before the much talked 16-year-old from India was set to make his debut against Pakistan at the National Stadium, Karachi.

Rizwan remained my closest friend all along and we had played a lot of cricket together, besides having started writing on cricket and doing detailed scoring at the same time. We were into cricket by all means. Together we used to visit the National Stadium, initially to do the ball-to-ball scoring and then to cover the matches, for a number of years.

We were very excited at the prospect of accompanying each other for the coverage of the first Test of a new series between Pakistan and India in which talented youngsters from both sides were expected to make their debut. For Pakistan it was going to be fast bowler Waqar Younis, besides all-rounder Shahid Saeed, while for India, schoolboy Tendulkar and medium-pacer Salil Ankola were to receive a Test cap. 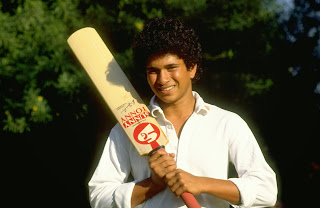 Little did we know that I would be left ‘alone’ for good and it was a very painful exercise for me personally to go to the National Stadium for the whole week with Rizwan having quietly left this mortal world just four days before the start of the Test match. In normal circumstances I would have stayed back but a daily visit to the ground was necessitated to fulfill my reporting commitments with The Frontier Post, a national daily published from Peshawar.

Tendulkar’s name featured in India’s playing eleven which was announced on the evening before the match. But there was no mention of Mohammad Azharuddin in it and Raman Lamba was due to bat at number four. The Indian team, presumably with instructions from back home, was changed overnight and Azharuddin was drafted in place of Lamba, on the eve of the toss which left the commentators and the covering journalists stunned. 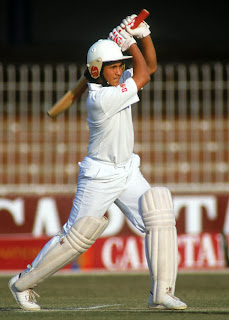 Tendulkar’s first day in Test cricket was on November 15, 1989 but he came into bat for the first time the following day. There was a lot of buzz at the stadium as the youngster walked out to the middle with his team reeling on the second afternoon.

Pakistan’s speedsters, Wasim Akram and Waqar Younis, were firing on all cylinders and the Indian top-order was getting blown away. Four of their top batters, including Sanjay Manjrekar, were back in the dressing when he arrived at the fall of the Manoj Prabhakar’s wicket, with total on 41.

Tendulkar’s maiden innings lasted little less than half an hour but it did show flashes of brilliance. He was castled by Waqar, after scoring 15 off 24 balls. His 32-run fifth wicket partnership with Azharuddin came at better than run a minute and it did help in releasing the pressure. India avoided the follow-on and he was not required to bat a second time with Manjrekar’s unbeaten hundred saving the game on the fifth day.
readmore »»