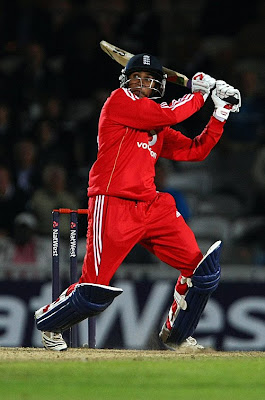 Adil Rashid must be wondering what else he had to do in order to retain a place in the playing eleven. He had turned out to be England’s best player in the first One-day International against Australia at The Oval but he was dropped in the very next game and was not selected in the third tie either.

Adil was the pick of the England bowlers in the opening game, having conceded only 37 runs in 10 overs as Australia piled up a score of 260. In fact he was the only home bowler to have completed his quota of overs.

Then going in at number eight, he clobbered an unbeaten 31 off 23 deliveries to take England within a stroke to victory. It was the kind of all-round performance that must have done his confidence a world of good.

He was chiefly responsible for having taken England so close to victory after the top-order batsmen had failed to do the job. He was the man who brought the home side back in the reckoning when they had looked dead and buried.

The England skipper, Andrew Strauss, had reposed great confidence in the 21-year-old Adil and the young leg-spinner rose to the occasion against an Australian side looking to settle scores after conceding the Ashes.

It remained unclear however what prompted a change of mind on part of the England team management, particularly Strauss. How could have they even thought of dropping Adil from the line-up for the very next game remains a mystery.

Two wrongs don’t make one right. If they had erred by not playing Adil in the second game, which they lost by a bigger margin than the first one, they should have recalled him for the third game which they didn’t. There was further humiliation in store for the home side now facing the prospect of losing the seven-match series in the very next game.

In fact people have already started talking in terms of a possible whitewash in the ODI series. It would be a shame for England if they lose it so heavily against an Australian side that’s not the best in the business either. 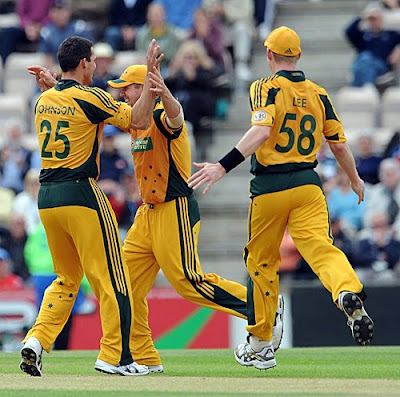 "We haven't played well enough, clearly, but I don't think it's for lack of trying. We have had three poor batting performances, and the first two were very winnable at the halfway mark, but as a batting unit we just haven't fired. We have got to be honest with ourselves and have a look at it, in terms of how we can improve. In one-day cricket, you can't go into your shell and grind it out, you've got to play with enough confidence to put a competitive score on the board, but at the same time make good decisions," the England captain said after losing the third game.

Strauss admitted that his inability to finish off things was creating problems for his side. "When you're batting well, you have to make hay but I haven't done that, and that's frustrating. Every time you pull on an England shirt you've got a chance to go on and achieve something, and I am as culpable as anyone," he conceded.

England, handicapped by the absence of Kevin Pietersen, need Strauss to fire if they have to stage a comeback in the series. Strauss also has to ensure that England do have sufficient attacking bowlers in their line-up and Adil Rashid is someone he cannot afford to ignore anymore.