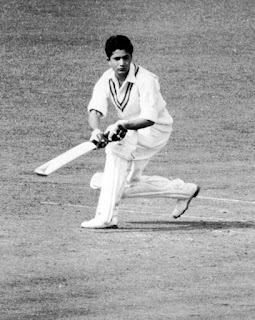 Pakistan’s cricket team, after being according Test status, had registered victories over India, England, New Zealand and Australia during their maiden series and they did so against the West Indies too. But there was one drawn Test match sandwiched between these marvelous conquests which earned them more accolades.
The Bridgetown Test of the 1957-58 series has remained itched in memory even after over half a century where the diminutive Hanif Mohammad led Pakistan’s rearguard action to earn an honourable draw from the jaws of a certain defeat.
He batted for no less than 16 hours and 10 minutes which still remains the longest Test as well as first-class innings and it’s a kind of record which is unlikely to be broken in future.
There have been quite a few triple centuries in Test cricket scored before and after him but his knock of 337 is still remembered and revered with awe because the innings was constructed under extreme pressure and all odds were stacked against him. 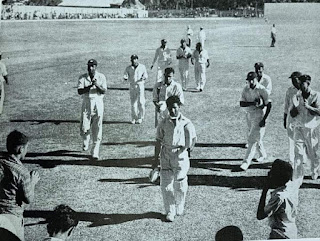 Electing to bat, after Gerry Alexander called correctly, hosts West Indies rattled a huge score of 579 for nine before declaring the innings. In reply, the inexperienced Pakistan outfit, playing for the first time on the Caribbean soil, was routed for 106 in its first innings and follow-on was enforced with a gigantic deficit of 473.
With so much time remaining in the six-day Test, a massive victory for the West Indies looked the only real possibility when Pakistan began their second innings. But what happened on the next four days was beyond the wildest dreams of even the most patriotic Pakistani supporters.
Quite miraculously, despite battling it out against a rampaging bowling attack, all the top-order batsmen from Pakistan applied themselves beyond expectations with Hanif playing the innings of his lifetime.
Nobody had anticipated Pakistan to save the match under the circumstances but Hanif’s resolute defence combined with incredible patience proved every expert horribly wrong. His magnificent knock of 337, spread over a staggering 970 minutes, allowed Pakistan to post a Himalyan total of 657 for eight when skipper Abdul Hafeez Kardar made the token declaration in the last session of the final day. 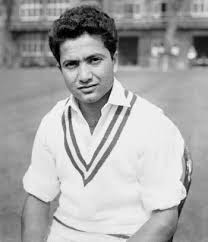 All eyes were on Hanif, who was batting on 334, when play commenced after tea. He was 31 runs short of going past Len Hutton’s world record score of 364 and there was every possibility of him reaching the landmark as the tired West Indian bowlers came out for the final session.
But Hanif, being a human, finally succumbed soon after resumption. He was the sixth batsman to be dismissed at the total of 626, having taken his team to safety. Just for the record, he was caught behind by Alexander off Denis Atkinson and his marathon innings contained 24 boundaries.
It would be interesting to add here that Hanif’s innings was reported to have lasted 16 hours and 39 minutes. The earlier records showed it as an innings of 999 minutes and it was quite a few years later when fresh research revealed a stoppage of play of 29 minutes due to rain and subsequently the duration of innings was adjusted to 970 minutes.
readmore »»