Shoaib Akhtar’s international career yet not over

I incline to disagree with former Pakistan captain Wasim Akram who has reckoned that fast bowler Shoaib Akhtar's international career is virtually over. In Pakistan cricket nothing could be taken for granted. His career would have been over many years ago if he belonged to some other country. 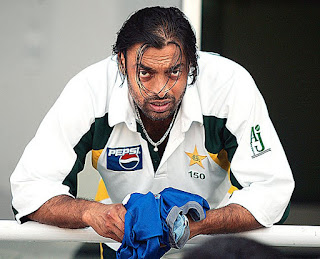 Wasim was absolutely right in having pointed out that the warning bells had been sounded with Shoaib's omission from Pakistan's list of probables for the forthcoming Champions Trophy, to be staged in South Africa.

But what Wasim has overlooked is the fact that Shoaib has had many such situations in the recent past when one thought it was all over for him. But he has this knack of being in the news for whatever reasons. Obviously this works to his advantage and prolongs his career without even taking to the field.

"I don't think he has got a chance, unless and until some miracles happen. Even though it depends on the captain and selectors, I think Shoaib has fallen out with the selectors and the board itself. The board still supported him and he went to Abu Dhabi and played two of the five games against Australia before getting injured again. We all saw that,” Wasim, arguably the greatest-ever left-arm fast bowler to have played the game, was quoted as saying in a recent interview.

Having been in the thick of things for so many years in Pakistan, Wasim should have known that logic is probably the last thing that’s taken into account in matters relating to cricket in particular in this part of the world where it’s about the clout and public relations.

He should rather compliment Shoaib for making the most of the system or the lack of it that’s kept the injury-prone fast bowler in the limelight despite having played negligible cricket for the last many years.

Shoaib has been surviving over the years primarily because of his rapport with the media and the weaknesses in the officialdom. He knows better than anyone else now as how to manipulate things from outside the ground. He has been in the limelight many times without having done anything of note, thanks to his new found abilities of hitting headlines.

Shoaib should have been a thing of the past many seasons ago, if merit was the sole criterion for selecting the national team. He was provided numerous opportunities even when half-fit and he continued deserting the team at will. 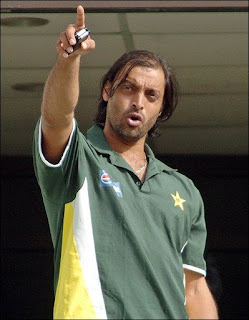 Give credit to the Pakistan Cricket Board (PCB) or hold them responsible for compromising on national interest the fact remains that Shoaib was never questioned as to why he took the team for a ride for his personal gains.

History is witness to the fact that Shoaib has been a great fast bowler in his prime youth but he has been found wanting as a team man. There’s also a feeling that the Rawalpindi Express could not do justice with the potential he possessed mainly because of fitness problems.