Posted by Editor at 11:41 AM .
0 comments
Labels: ICC
By Syed Khalid Mahmood

Yes the time has come for the governing body of the sport, the International Cricket Council (ICC), to find the ways and means to exercise better control over the dead rubber matches and the safest option could be scrapping them altogether. 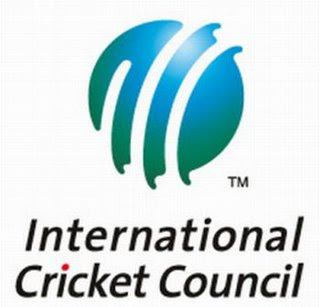 The ICC has done a fine job by controlling, if not totally eliminating, the match fixing element that had threatened to ruin the game in the 1990s.

The ICC has introduced the incentives like the ranking points to keep the winning teams interested even after clinching the series but since the temptations to under-perform are understood to be too high to keep performing it has become imperative to come up with another damage-control measure.
It’s not meant to suggest that any team having surrendered the series can’t stage a comeback but expecting them to turn it around completely against the run of play certainly creates doubts in the minds of people.

Test matches, One-day Internationals and Twenty20 Internationals are contested between countries and the national stake is involved. Obviously the ICC could not be held responsible for the apparent wrongdoings but being in a position to enforce law they should be persuaded to minimize the chances of foul play in the sport.

It looks quite astonishing even while taking into account the uncertainties of the game the manner in which some matches in full or in part appear to be moving according to a plot that defies logic.

Cricket, like any other sport, is more about momentum. If a team is good enough to win first three matches of a five-match series obviously it has all cards in its pocket and only something very dramatic can prevent them from completing a whitewash.

But when the team having been floored in the first three outings is allowed to win the remaining two matches of the series it would raise concerns and every avid follower of the game will bewildered by the outcome.

In any sport it’s very difficult, if not impossible, to stage any sort of comeback after being cornered or demolished. There is always a greater likelihood of the team down in the dumps to bite the dust further until the end of the series.

I think the ICC should probe into those series where the winning teams have let their opponents dominate the matches of academic interest. 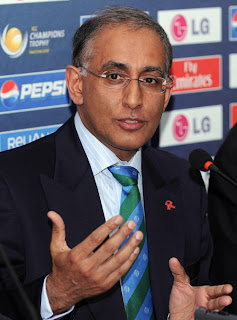 I don’t think that the ICC could possess a mechanism to control the dead rubber matches. That’s why I believe that a strategy should be devised to cancel the remaining matches once the series has been decided.

Instead of a having a full five-match or seven-match series the ICC, can consider the option of introducing best of five or best of seven series. Even a best of three series would be better than a full three-match series.

Now it’s for the ICC to look into the aspects of negotiating with the broadcasters in the changed scenario. But I am sure they do have brainy and visionary individuals who can come up with proposals with the primary objective of saving the integrity of the game.
readmore »»