Prof Anwar Chowdhry is no more

There was a time when Prof Anwar Chowdhry had a larger than life presence on the sports scene. He was acclaimed as an influential global leader who earned the distinction of being the first Pakistani to head an international sports body. 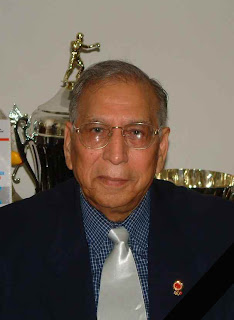 Boxing was his forte but his charisma was spread in nearly every sport and he was recognized as one of the most powerful administrators in Pakistan. With the age taking its toll and the ailments limiting his movements he gradually lost control having receded in the background by the time he breathe his last.

His burial took place in Karachi on June 21 and one of the greatest sports personalities of the country was laid to rest in the presence of some prominent athletes and a large number of his friends and admirers. He had died of cardiac arrest on June 19.

Chowdhry Sahib, as he was affectionately called in the local sports circles, was one of those characters who would be missed for a long time to come. Blessed with some outstanding leadership qualities he had his own ways of doing things and obviously not every one was pleased with the manner he tackled the problems or the issues at different levels.

He had always taken pride in pointing out that while all other leading administrators of the country were content in taking the ceremonial slots of Vice President in the various international bodies he was the one who rose to the ‘executive’ position of the President.

He was quite right because he did make history by becoming the President of the International Boxing Association (AIBA) that he headed for quite a few years. As a matter of fact the squash legend Jahangir Khan is the only other Pakistani in the 63-year old history of the country to have led an international sports body.

While Prof Anwar Chowdhry was the helmsman of the AIBA, Jahangir Khan had the honour of being elected as the President the World Squash Federation (WSF) a couple of times.

The international sports community knew Prof Anwar Chowdhry primarily because of his boxing connection. But things were different at the national level where he was considered as an iron-man of the sports arena, having developed a clout that was impossible to be ignored.

Controversies also remained a part and parcel of his long career in sports administration at all levels. He was ousted from the AIBA rather unceremoniously a few years ago while his role in the affairs of the Pakistan Olympic Association (POA) and its component body, the Sindh Olympic Association (SOA), also came under the hammer. 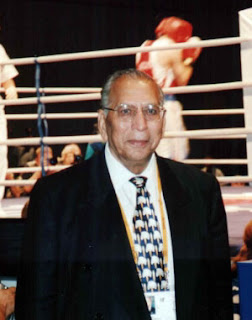 He’s believed to have enjoyed absolute power as far as the SOA was concerned for a long period and he was blamed in his lifetime for being chiefly responsible for having kept the provincial Olympic body dormant for a number of years.

He had lost interest in the SOA affairs when it was finally revived in the middle of the 1990s and the group he had kept intact for decades disintegrated soon afterwards.

Although he made overwhelming contribution in putting Pakistan on the boxing map of the world, he was criticized for not having done enough for the promotion of the sport at the national level.
readmore »»