Batting legend Javed Miandad, who has been known and feared for his abilities to stage a comeback from the dead, has done it again. He has been reinstated as the Director General of the Pakistan Cricket Board (PCB). He is all set to resume duties on April 1. 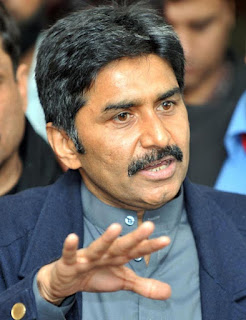 The former Pakistan captain had resigned from the PCB about a month or so ago in controversial circumstances at a time when the Chairman of the Board, Mr Ijaz Butt, was abroad.

It was being speculated that the PCB Chairman, upon his return home, would convince the legendary Javed Miandad right away to change his mind but he took far more time than anticipated for there appeared to be some elements in the Board who didn’t desire an amicable settlement.

As they say better late than never. The meeting between the two in Lahore on March 30 turned fruitful and Javed Miandad, who had left the office complaining about lack of powers, has agreed to return on board

The Human Resources department of the PCB, headed by Wasim Bari, another cricket great, had also come under fire during the controversy but there was a clear-cut statement issued late on March 30.

"I can confirm that Javed Miandad will be re-appointed director general of the PCB from April 1 after meeting the PCB chairman. All his terms and conditions have been settled," Wasim Bari was quoted as saying.

Javed Miandad himself was delighted to be back and vowed to help Pakistan cricket. "I never had any issues before, nor will I now. I am at the service of Pakistan cricket and will do that to the best of my abilities. I am thankful to the chairman who was kind and asked me to help him as his adviser also. I never had any terms and conditions before and there will be none now because I believe in the service of the game," he remarked.

Javed Miandad was acknowledged as a master tactician in his playing days. His fighting abilities in the field were object lesson for the teammates. Besides being an extraordinarily successful batsman at the international level, he had also proved himself an outstanding captain.

He is the only batsman in the history of game not have let his batting average drop below 50 at any point of his career. It’s something that even the likes of Don Bradman, Sunil Gavaskar, Viv Richards or Sachin Tendulkar couldn’t do. It’s a record that suggested his remarkable consistency over a very long period of time.

Controversies have also been the part and parcel of his cricketing life. He was appointed the captain of the national team at a very young and the man he displaced was none other than Mushtaq Mohammad. 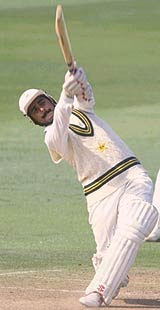 Having retired from international cricket after playing his sixth World Cup on a trot in 1996, Javed Miandad has had stints as the coach of the Pakistan on a few occasions and he had to part ways bitterly almost every time.

But it was for the first when the PCB offered him a senior position and he started hitting headlines, not necessarily for the right reasons, from the moment he took over as the Director General. He had to resign in protest before he could settle down but now he has returned to the same position, hopefully for a longer innings.