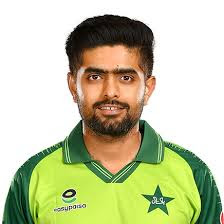 The rampant Pakistan side, under the dynamic leadership of the prolific Babar Azam, will be looking to sustain the momentum of recent weeks to overwhelm the visiting West Indians who open their campaign with their first T20 International of the new series at the National Stadium, Karachi, on December 13.
In a virtual press conference, held on December 12, the triumphant Pakistan skipper felt hopeful on extending the brilliant form of his team which began in the T20 World Cup and continued on the recent tour of Bangladesh where they floored the hosts across formats.
Babar did not mince words in stating that the national should be having batting and bowling coaches, along with the head coach, explaining that when full number of players was present in the squad then all coaches should also be there for every series, home or away. 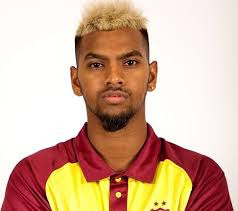 He complimented the West Indian team for undertaking the tour of Pakistan at a time when a few other outfits (New Zealand and England) had pulled out at the eleventh hour.
Babar ruled out taking the visitors lightly even though they will be taking the field in the absence of many of their seasoned campaigners who will be missing the action due to injuries and illness.
With high expectations of clean sweep in the T20I as well as the ODI series, the home side is not expected to make many mistakes and they have a fully charged team which is eager and hungry for more success on the field.
They have rested paceman Hasan Ali and dropped Imad Wasim while veteran all-rounders, Muhammad Hafeez and Shoaib Malik, opted to take a break.
The West Indians, who had previously toured Pakistan in 2018, will now be play three T20 Internationals and as many One-day Internationals against the hosts during their current tour. Led by power-hitter Nicholas Pooran, after regular captain Kieran Pollard pulled out of the team due to injury, the West Indies will aim to be competitive in the T20I series while Sai Hope will be captaining the visitors during the ODI series.
Despite heavy odds, the two-time T20 world champions, West Indies possess a number of talented youngsters like Rovman Powell, Romario Sherpherd, Odean Smith and Dominic Drakes besides left-arm spinner Akeal Hosein in their folds, who seem capable of coming up with freak performances in the shortest format of the time.
readmore »»