Glory for Argentina ahead of big battle

The much awaited FIFA World Cup Football 2010 kicked off with great fanfare in Johannesburg, South Africa, on June 11 but one of the side events that created waves was the Miss World Cup 2010 Pageant held in Rust, Germany, on June 1. 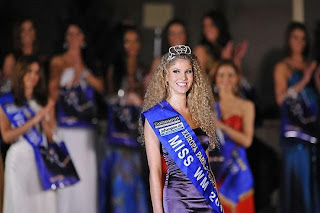 The Miss World Cup Pageant featured 32 contestants representing each of the participating team in the World Cup in South Africa.

The 17-year old Jennifer Scherman of Argentina won the contest. In second place was Miss Greece, Katerina Giannoglu and she was followed by Miss Netherlands Avalon-Chanel Weijzig.

Jennifer Scherman not only walked away with US$ 6000 and an all-paid trip to Egypt but she brought smiles on the faces of the people of Argentina ahead of the mega event in the field of play. It was considered a perfect gift to the legendary Diego Maradona in particular. 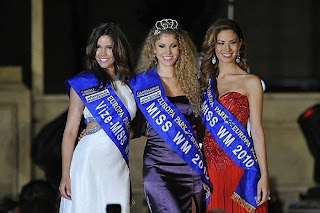 Her triumph must have thrilled her football squad in South Africa who took the pleasure in already winning a World Cup trophy even before the actual kick-off.

A similar event was held in same city on the eve of the FIFA World Cup Football 2006, featuring the representatives for all 32 countries in which Togo’s Edwige Madze Badakcu having run away with the crown.

I think there’s more to see than read about such an event therefore let me conclude this write-up without more narration. 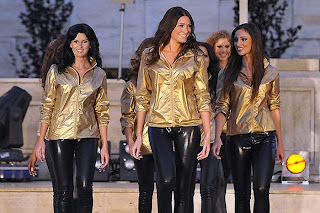 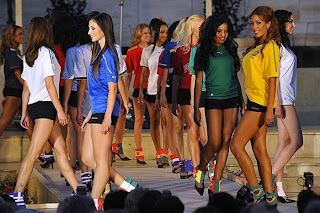 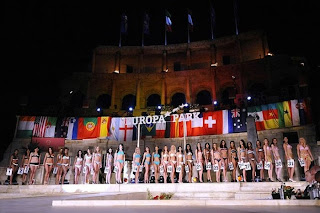 Of the four participants in the 10th Asia Cup Cricket Tournament 2010, starting in the city of Dambulla on June 15, hosts Sri Lanka appear to be the most formidable outfit to run away with the trophy nine days later.

Sri Lanka and India currently share the record of having won the Asia Cup on the highest number of occasions. Both of them have annexed the title four times each with Pakistan emerging triumphant only one time in nine editions of the continental tourney launched way back in 1984. 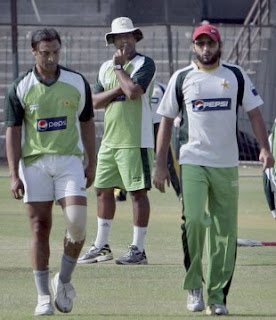 History may not be on Pakistan’s side as far as the Asia Cup is concerned but they remain the team to beat in every tournament. Their tendency of bouncing back from the dead keeps every opponent on its toes because they have had this ability of causing huge upsets against the run of play.

Although India appear a stronger outfit than Pakistan at the moment there’s every possibility of the latter advancing to the final where they should meet Sri Lanka unless and until something dramatic happens during the one week of action.

It can’t be said with conviction whether Pakistan would be benefiting by the comeback of the controversial duo of Shoaib Malik and Shoaib Akhtar because neither of the two most gifted of cricketers have been particularly famous for raising the team spirit.

On the contrary they had been accused of either flouting team rules or creating rifts within the team. It remains to be seen if they would take the field with a positive frame of mind to erase the bitter memories of the past.

The return of the two Shoaibs provides Pakistan the much needed experience. It’s an area that should comfort skipper Shahid Khan Afridi, who had a raw outfit at his disposal in the ICC World Twenty20 a few weeks ago.

With the seasoned campaigners like Mohammad Asif, Kamran Akmal and Abdul Razzaq to complement the young guns like Mohammad Aamer, Umar Akmal and Umar Amin, the Pakistan line-up can prove the experts wrong once more by claiming the Asia Cup.

The enigmatic Indians will have a point to prove after the debacle in the recently concluded three-nation ODI series in Zimbabwe where they could not even enter the final.

I don’t know how the Indian cricket authorities look at it but the dismal performance of their youngsters in Zimbabwe should serve as a wake-up call and they need to revisit their strategy to remain a force to be reckoned with in international arena.

Hosts Sri Lanka have no such worries. They clinched the three-nation tourney in Zimbabwe despite having rested some of their key players. Now they have reinforced their squad with the experienced hands to become the most potent side entering the tournament. 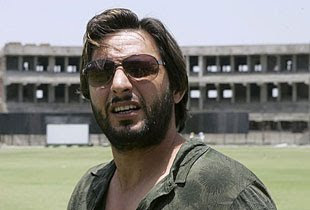 Sri Lanka, who had whipped India in the final of the last Asia Cup at National Stadium, Karachi, in July 2008, should walk away with the title once more if they play to their potential.

Bangladesh, I am afraid, have little chance of doing anything more than causing an odd upset although their skipper Shakib-ul-Hasan feels that his team is more suited to 50-overs game that Tests or T20 versions.
readmore »»