Not many people would disagree with the fact that Sachin Tendulkar has not been able to do justice with the talents he possessed. He was capable of scoring more prolifically and more consistently than what he has managed to do in about two decades in the international arena.

In a recent interview the master batsman was quoted as confessing that he’s not satisfied with his achievements and hoped to accumulate 15,000 runs and win the World Cup in 2011.

"I am not pleased yet with what I have done. Sunil Gavaskar has told me that I have to get to 15,000 runs. He said he would be angry with me and would come and catch me if I didn't. I admire him so much and to score that many would be a terrific achievement, but that is not the only aim,” Tendulkar observed while mentioning victory in the World Cup in 2011 as his other big cricketing ambition.

Tendulkar, having scored 12773 runs at an average of 54.58 in 159 Tests, should face no problem in getting another 2,227 runs that will help him in cross the barrier of 15,000 runs. That how many games he would require to reach the landmark to be seen. If the form doesn’t desert him, he should be able to do it in less than 30 games.

But more than the runs flowing from his bat, his fans wish him to play more match-winning knocks than what he has done so far. They have cheered him all along, endured his lean patch once in a while. Now they expect him a late flourish from him.

Fitness has remained an issue with him for quite sometime now despite his claim that he has been consistently playing with pain.

"I always play in pain, all the time. I played with a broken finger for the last three months, but you know when pain is manageable or not, and most of the time I can do it. I can still do what I did when I was 25 but the body is changing, so your thought process has to change too. I have had to change how I think, which is about taking less risk,” he said.

Tendulkar doesn’t agree with the observation of John Buchanan, a former Australian coach, who thinks the ‘Little Master’ has now become susceptible to the short ball early in his innings because of a lack of footwork. 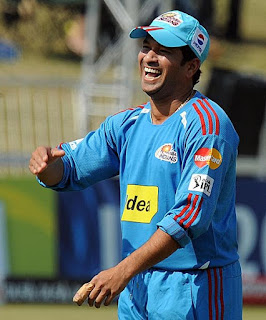 "It is only his opinion; John Buchanan doesn't have to be right all the time. If I couldn't handle short deliveries, then I wouldn't still be scoring runs. Maybe he needs to change his opinion. There must be something very wrong with all the bowlers around the world that they have allowed me to score so many runs,” Tendulkar contended.

The good news for Tendulkar’s fans is that he’s not thinking about retirement yet. "I will know when it is the right time, I won't have to be dragged away. I am the person who will make the decision and I will know whether I still belong," he asserted.