Saad-ul-Haq: Shane Warne in the making?


As they say one should aim high. Saad-ul-Haq is only 11 years old and imagining him to become a leg-spinning wizard in future may look too ambitious at this stage but you never know. 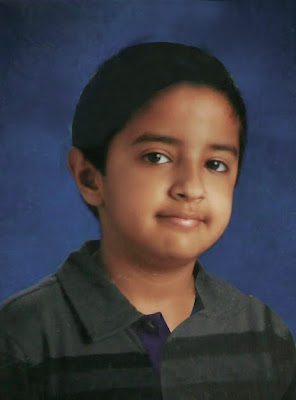 This Florida-born lad has cricket in blood. His father, Naeem-ul-Haq, played first-class cricket in Pakistan. His uncle, Anwar-ul-Haq, who was a prolific opening batsman, came very close to representing Pakistan at the international level.

Not surprisingly Saad has had the passion for cricket since childhood even though he has been brought up in the United States of America (USA) where the sport doesn’t enjoy the kind of popularity it has in Pakistan.

Saad, a natural leg-spinner, who turns the ball quite a bit, seems to be having a burning desire to succeed in cricket.

In order to fulfill his dream into reality he is a regular visitor to the Florida Cricket Academy over the weekends when the enthusiastic learners are provided the much-needed lessons by qualified coaches. 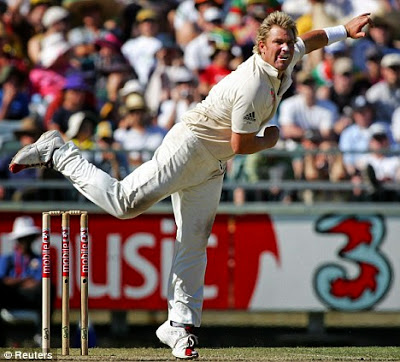 He was barely four years old when Shane Warne, the legendary Australian leg-spinner, had decided to his hang boots but he heard and read so many stories about the champion which fascinated him endlessly.

Well Warnie was quite a character and we many never witness another version of Shane Warne ever but there’s always an incentive to model yourself on his lines because even if you achieve even a few of his traits you could still be making big.

Naeem-ul-Haq, who is a qualified coach, believes that his son has the potential to grow and he can blossom into a real good spin bowler in future.

With the Florida Cricket Academy planning a tour of Pakistan early next year, it would be interesting to see if Saad also accompanies the squad.
readmore »»


Upon the conclusion of 48 league matches, the knockout stage of the HBL Inter-Schools Cricket Tournament 2014, being organized by the Pakistan Veterans Cricket Association (PVCA), will now be getting underway on November 12.

According to the schedule, announced by the PVCA, a couple of quarter-finals will be held on November 12 in which Kamran Public School will confront Khan Secondary School at the TMC Ground and HBL Schoolboys Greens will be pitted against Fahad Academy at the Karachi Gymkhana Cricket Ground.

In the other two quarter-finals, due to take place on November 13, Beaconhouse School North Nazimabad will lock horns with HBL Schoolboys Whites at the TMC Ground while St Paul High School will clash with Beaconhouse School PECHS at the KCCA Stadium.

The winners of the Kamran Public School-Khan Secondary School tie will combat the winners of the Beaconhouse School North Nazimabad-HBL Schoolboys Whites encounter in the first semifinal to be staged at the National Stadium on December 1.


Leg-spinner Ashraf Khan, with the magical figures of five for nine off eight overs, powered HBL Schoolboys Whites to an emphatic seven-wicket victory over Foundation Public School in the last league fixture of the HBL Inter-School Cricket Tournament 2014 at the Hill Park Ground in Karachi.

By virtue of their resounding victory, HBL Schoolboys Whites also cruised in the quarter-finals of the tournament, being organized by the Pakistan Veterans Cricket Association (PVCA).

Batting first, after winning the toss, Foundation Public School had weathered the early storm but their batting fell apart with the introduction of the spinners. They lost their last nine wickets for only 63 runs to be bowled out for 103 in 37.4 overs. Shafiq Khan (23 off 56 balls), Saifullah (21 off 39 balls) and Osama Khan (15 off 29) were the only three batsmen to enter double figures.

The leg-spin of Ashraf Khan proved too hot to handle for him as he mesmerized them in this eight-over spell. Five of his overs were maidens and he picked up five wickets for only nine runs. The other three spinners, Anas Ilyas (2-13), Emman Ahmed (1-19) and Ibad Shah (1-26) also proved very economical, conceding only 58 runs in 20.4 overs which they bowled themselves.

HBL Schoolboys Whites needed only 11.4 overs to reach the modest target of 104, losing three wickets in the bargain. The victory charge was led by Wajid Nasir who hammered two sixes and five fours in his unbeaten 38 off 17 balls.

Anas Ilyas was comparatively sedate, scoring 34 off 30 balls with the help of seven boundaries. The Man of the Match award, however, was clinched by their teammate Ashraf Khan for his five-wicket haul.
readmore »»


The Florida Cricket Academy (FCA) has planned to undertake a tour of Pakistan early next year and the squad will comprise of the youngsters of the United States of America (USA) residing in the south eastern region. 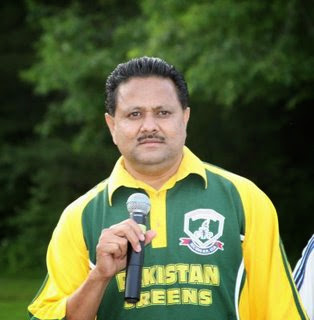 This was disclosed by Naeem-ul-Haq, a former cricketer from Karachi having relocated in the USA where he is the Head Coach of the Fort Lauderdale-based FCA, in an interview at the residence of his brother, Anwar-ul-Haq, also a famous opening batsman.

Currently on a brief visit to his home city, Naeem, who represented Pakistan Customs in national tournaments in the 1980s, revealed that the FCA was working on its planned one-week tour of Karachi during which its trainees, coming from the states of Florida, Georgia, North Carolina and South Carolina, will be playing three matches against three top local academies during the months of January or February next.

“The FCA tour will be taking place with the blessings and support of the United States of America Cricket Association (USACA) and we don’t foresee any problems in bringing our cricketers to this part of the world,” he stated. 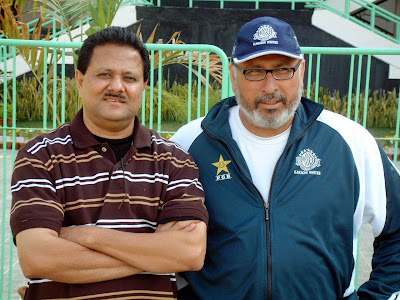 Having served a coach of the South East of the USACA, Naeem revealed that the FCA squad, to be in the age group of 16 to 19 years, will be featuring cricketers having relocated there from different Test playing nations across the globe.

“It’s an incredible mix of youngsters having backgrounds from Pakistan, India, Bangladesh, Sri Lanka, New Zealand and the West Indies who receive training at the FCA. There are a few native Americans too,” he added.

“Mostly we have the training sessions over the weekends. Many youngsters are very enthusiastic about the game of cricket in the South East region although it’s not the number one sport there,” Naeem remarked.

“A brief tour of Pakistan will do their confidence a world of good. They will learn a lot of new things by playing against the top academies of Karachi and they will go back as improved cricketers,” he felt.

“Cricket can flourish in USA if more work was done to promote the game at schools, colleges and universities. It has a potential to succeed but hard work is needed besides deep pockets,” Naeem, who alongwith Raza Jaffri, was instrumental in setting up the Florida Cricket Academy in Fort Lauderdale about a decade ago, opined.

Such initiatives are indeed vital in the promotion of cricket in the USA and it’s upto the authorities there to inspire the community leaders to play their role more proactively in developing this particular sport.
readmore »»