The mercurial Muhammad Asif, easily the greatest cueist to be produced by the country in the recent past, continued his march towards glory by regaining the national crown yet again. 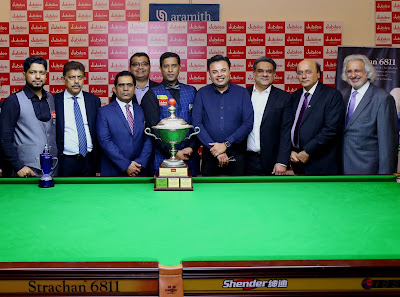 The top seeded cueist, also the reigning world champion, came from behind in the final against unseeded Shahid Aftab to win the Jubilee Insurance 45th National Snooker Championship 2020 at the Karachi Gymkhana on February 12. It’s the fourth time he has won the Nationals, having done it earlier in 2009, 2012 and 2018.

It was an all-Faisalabad final as both the cueists, living in close vicinity of each other in the industrial city, had outsmarted their opponents in the earlier matches to set a date for the title clash.

The final, telecast live on Geo Super, lasted no less than six hours without any break. The snooker fans, all over the world, got the opportunity of watching an epic final between two seasoned campaigners. 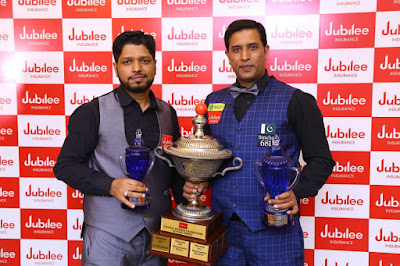 Shahid drew the first blood by winning the opening frame. He was set to double his lead until Asif chalked up a break of 69 to snatch the second frame. Asif moved ahead with another fine break of 63 in the third frame but Shahid, quite remarkably, won the next five frames to go into a commanding 6-2 lead. Asif narrowed the deficit by securing the ninth frame but Shahid produced an excellent break 85 in the very next frame to go 7-3 up.

Shahid needed at this stage was just one more frame but Asif didn’t let it happen with a mixture of good fortune and incredible resilience. Slowly but surely Asif got into his elements and there was hardly any doubt about the outcome when the two cueists entered the arena for the decisive 15th frame of a marathon final.

“Oh yes there were times during the final when I thought it might not be my day and Shahid could run away with the title. But I also held a firm belief that my opponent could make an odd mistake here or there to let me provide the opening I needed and, as everybody saw, he did play a few false strokes and I was back in business,” Asif remarked. 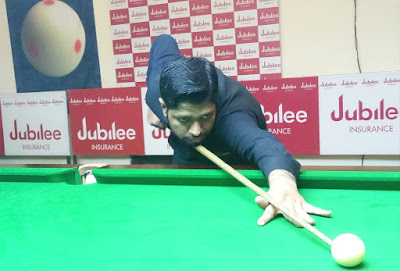 “Experience of taking the game deep comes handy as this quality is not built overnight, no matter how talented the cueist may be. I have also learnt it after toiling hard for so many years and the ability to absorb pressure indeed has become my forte now,” he added.

“I played to the best of my ability and came very close to regaining the national title after nearly a decade. But Asif played better than me in the end and he capitalized on my mistakes to change the course of the match,” Shahid said rather sportingly.

"No, I was not overawed by the reputation of my opponent or anything like it. Simply I had to pay the price of committing the mistakes which I could have avoided. May be I was little eager to go for the kill which resulted in playing shots which could have been avoided,” he reckoned. 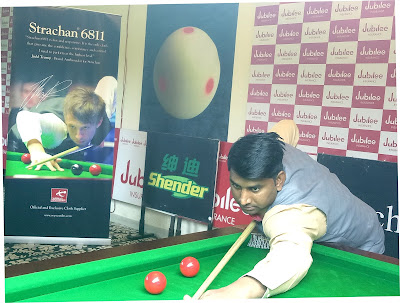 Both the dignitaries vowed to extend support for snooker in future as well as they praised the inspirational performance of the Pakistani cueists at the international level, earning laurels for the country.

“Besides winning the World Championship a couple of times now Asif has also clinched the national title four times and he fully deserves to be regarded as modern snooker legend,” Alamgir Shaikh commended.

Munawwar Hussain Shaikh, President, PBSA, announced that both Asif and Shahid, by virtue of being the finalists of the Nationals 2020, will now be representing the country in the upcoming Asian Snooker Championship.

Fawad Malik, President, Karachi Gymkhana, promised to continue supporting the cause of snooker and other sports from the platform of the club.
readmore »»
Links to this post