The Pakistan cricket suffered yet another major blow when the International Cricket Council (ICC) decided to restrict the 2011 World Cup to Bangladesh, India and Sri Lanka. 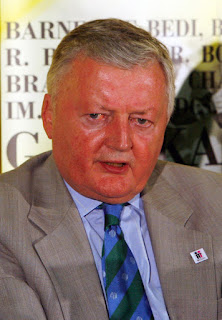 The ICC has decided to retain the World Cup in the sub-continent but Pakistan would not be one of the hosts, as was originally planned.

The ruling from the ICC was very much on the cards for two reasons. The shootout in Lahore on March 3 in which seven Sri Lankan cricketers were injured had meant that Pakistan would be out of bounds for the visiting teams for quite sometime.

Then the officials of the Pakistan Cricket Board (PCB) were found wanting in their damage-control exercise that should have been in full force to prevent further losses. Their approach was suicidal and they should not be complaining now.

The PCB functionaries could have fared much had they tackled the issue professionally. They went into a shell instead of making extra efforts to offset the tragic incident of Lahore.

There is not much any point in blaming the ICC in the prevailing circumstances for having stripped Pakistan of hosting rights for the next World Cup because of the "uncertain security situation" in the country as outlined in the handout issued after the board meeting in Dubai on April 17.

"It is a regrettable decision but our number one priority is to create certainty and deliver a safe, secure and successful event and the uncertainty created by events within Pakistan created a huge question mark over our ability to do just that,." the ICC President, David Morgan, said in the statement.

It may not be easy for the ICC to stick to their plans of hosting the next World Cup’s matches in three other Asian countries. The security situation in Bangladesh, India and Sri Lanka has also remained alarming over the years and they had to move the events out of there.

Even India have been vulnerable and they had to shift their showpiece event, the Indian Premier League (IPL) to South Africa. Bangladesh could not host Pakistan recently because they had security issues. Sri Lanka have witnessed numerous terrorist attacks in the past.

One can argue in this context that the ICC could have deferred the decision and not denied Pakistan the hosting rights of the 2011 World Cup at this stage. The ICC should abstain from singling out Pakistan because terrorism is a global issue and the entire region has been volatile for the past few years.

One expects the ICC to be sympathetic to Pakistan’s cause because cricket is the game of the masses in this part of the world and the youngsters, in particular, are into it. 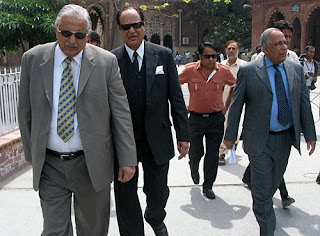 The ICC, working so hard for the globalization of the sport, should not lose sight of the fact that they must be considerate in dealing with the countries where cricket is the sport. It is a pity that the cricket enthusiasts are not getting the opportunity of watching international matches at home. They eagerly await the turnaround, the sooner the better.