Has Tendulkar been selected for Asia Cup to bring up his 100th ton?

In normal circumstances Sachin Tendulkar would have surely missed the upcoming edition of the Asia Cup, starting in Bangladesh on March 11. 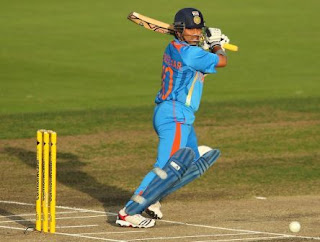 Either he would have been rested by the Board of Control for Cricket in India (BCCI) or the master batsman would have sought another break on his own.

But the situation seems different right now and the BCCI, by selecting him in India's one-day squad for the Asia Cup, has proved that Tendulkar’s 100th international ton is also in their mind.

The master batsman will be getting at least three more chances during the course of the tournament to get to the landmark which has eluded him for very nearly a year now.

In theory he could also get more than one opportunity to do it in Australia if India advance to the final of the ongoing CB series. India’s fate depends on the result of the Australia-Sri Lanka game to be held on March 2. If the hosts continue their winning streak, India would sneak into the best of three finals.

So there’s very much a possibility of Tendulkar arriving Bangladesh with 100 international centuries under his belt instead of chasing it there. Hopefully he will not disappoint the Bangladesh fans by dropping out at the eleventh hour if he reaches the most talked about milestone in Australia. 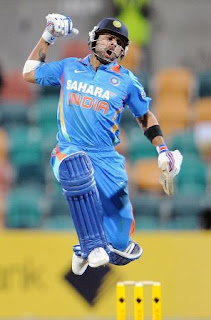 The BCCI has dropped or, more respectfully, rested Virender Sehwag for the Asia Cup, a move which was more or less expected following his horrible batting performance in Australia.

Unlike Tendulkar, he struggled for runs throughout the tour, having looked a mere shadow of his own self. His timing alongwith the hand-eye coordination deserted him on the bouncy tracks where he had scored heavily on the earlier visits to Australia.

Sehwag’s omission created a vacancy for vice-captain and not surprisingly the job has been assigned to India’s man of the moment, Virat Kohli, who played a magnificent innings in Hobart just a day earlier. Literally he has received his reward for the momentous knock within no time.

All-rounder Yusuf Pathan, known for his rollicking stroke-play, makes a comeback in the Indian squad as does Bengal fast bowler Ashok Dinda, who was the second-highest wicket-taker in Ranji Trophy with 37 scalps in six matches.

There’s no place for the injury-prone left-arm paceman Zaheer Khan but the exclusion of Umesh Yadav, easily the fastest Indian bowler in memory looks surprising particularly when the other promising speedster Varun Aaron is still recovering from injuries.

India, having won the Asia Cup a record five times, are also the defending champions. Hosts Bangladesh, Pakistan and Sri Lanka are the other contestants in the event to be held from March 11 to 22. 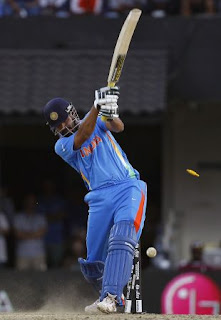 All the matches, to be day-night affairs, will be played at Shere Bangla National Stadium in Mirpur.

Following is the schedule of matches:

Bahrain have been included in what has now become Jubilee Insurance 7-Nation International Snooker Championship 2012, scheduled to be held at Hotel Pearl Continental, Karachi, from March 4. 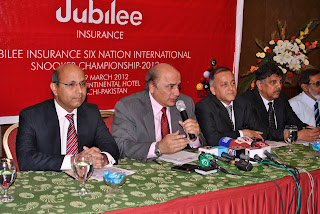 The media launch of the six-day individual event, carrying cash awards of US$ 3,100, was organized at its venue on February 28 in which details were unveiled by Alamgir Anwar Shaikh, President, Pakistan Billiards & Snooker Association (PBSA), and Tahir Ahmed, Managing Director, Jubilee General Insurance Company Limited.

It was disclosed that Bahrain, approached at the eleventh hour, have accepted the invitation right away and their cueists have confirmed participation. Besides hosts Pakistan and Bahrain, the cueists from Iran, Egypt, Thailand and the United Arab Emirates (UAE) will be taking part in the championship.

The focus will be on Iran’s Hossein Vafaei, who had clinched the world crown last December in Bangalore, India, by defeating Lee Walker of Wales in the final. The league matches, to be best of seven-frame encounters, will be followed by the knockout games, starting from quarter-finals.

“It’s going to be a fulfillment of a dream. The return of international snooker in Pakistan augurs very well for the future of Pakistan sports. We look forward to making it a biannual feature,” Tahir Ahmed remarked.

“It’s very heartening to note that the top cueists of the world will be coming down to Karachi. The contests will provide high quality entertainment to the snooker fans of our country,” he noted.

Alamgir Shaikh was also expressed his delight and hoped that the 7-nation snooker championship could go a long way in reopening the floodgates as far as international sports events are concerned. 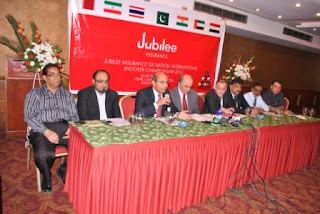 “We invited Bahrain because we were not sure about participation from India. But earlier today we have been assured that the Indians will also be issued NOC by Ministry of Interior within a couple of days to let obtain the visas in time before their flight to Karachi,” the PBSA President revealed.

“Originally we had made draws of 24 cueists, who were divided equally in four groups. Now with two cueists adding up from Bahrain we have decided to include two more local cueists, Sharjeel Mahmood and Vishan Gir, to raise the number of participants to 28,” he added.

“The winner of the championship will be getting a purse of US$2,000 while the runner-up will be receiving US$1,000 and the highest break carries a cash award of US$100. The total staging cost on the event is estimated to be Rs 3.2 million while the sponsorship fee being paid by Jubilee Insurance is Rs 3.5 million,” Alamgir Shaikh stated. 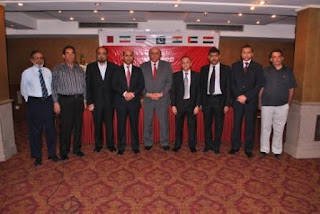