Posted by Editor at 12:32 PM .
0 comments
Labels: ICC, Sir Paul Condon
By Syed Khalid Mahmood
Sir Paul Condon, having headed the ICC's new Anti-Corruption Unit (ACSU) for nearly a decade, feels that cricket would only have to get complacent for a few months or a couple of tournaments for those bad days to come back very quickly. 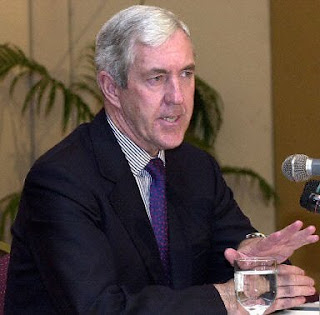 “I am certainly not leaving in a complacent frame of mind that everything is hunky dory, but I believe it is a different game with different attitudes and a different awareness these days, so I am pretty confident about the future, even though there's far more cricket now and it's more commercial,” he said while preparing to hand over his duties to the former Northern Ireland police chief, Sir Ronnie Flanagan.

Condon, who had a seven-year stint as the Commissioner of the Metropolitan Police, had been appointed the head of the ACSU in October 2000, reckoned that there has been a seismic shift in attitude from players towards fixing in the last 10 years.

“If we go back to those bad old days of the late 1990s, it's easy to forget that cricket was pretty much in crisis. Its credibility was in threat, and so was its commercial viability. Sponsors were pulling out because it was clear there had been a whole series of fixed matches in every form of the game, from Test cricket to World Cup tournaments,” he said in an interview.

“The corrupters were literally going into the changing rooms, and in some instances were influencing team selection and ordering what events should happen on the field. One player contacted, and was contacted by, a fixer several hundred times in the course of a Test match, and no matter how friendly you are with someone, that's just not something you'd do. Now we have a regime in place of no use of mobile phones, and controlled access to changing rooms,” Condon remarked.

“There were some initial moans, but on the whole the players have been very supportive. They are aware of what can go wrong, but it's in their interests not to get sucked in. There is a lot of legitimate money around cricket these days, and players know full well that they don't need to get drawn into grubby deals for US$20,000 here or there,” he added. 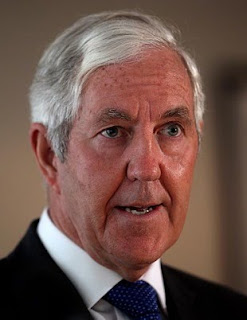 He predicted that it might not be possible to entirely eradicate fixing from the game of cricket.

"It is a wonderful game, but if you were designing a game to fix, you would design cricket, because it is a whole series of discreet events, and every ball you can bet on. You can't guarantee a throw-in or a free kick in soccer, but if you're a corrupt player, you can guarantee to do certain things at key moments and if you can bet on that you can make a lot of money. Corruption in any walk of life, whether it's politics or business or sport, is about human frailty and weakness, and opportunity. Most cricketers are totally sound in their integrity, but one or two still mix with the wrong people,” he explained.

He maintained that Twenty20 cricket represented the biggest challenge to the integrity of cricket for probably 10 years.
readmore »»