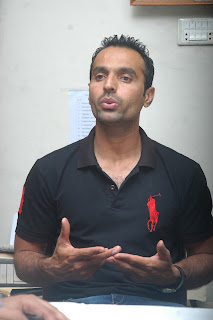 Pakistan’s drag-flick specialist Sohail Abbas very rightly believed that Pakistan should not be ruled out of the World Cup Hockey Tournament 2010 starting in the Indian capital, New Delhi, on February 28.

Talking to the media corps during his recent visit to the Karachi Press Club, he made the point that the present lot of hockey players was adequately geared and motivated enough to improve the rankings and win laurels for the country.

“Currently we are not ranked among the top teams of the world. But boys do have the capacity and talent to accomplish something special if they play to their potential,” he remarked.

“The manner in which our team performed recently against the Netherlands in Qatar gives us a lot of boost and self-belief. Our fancied opponent had to come from behind to earn a draw after we had gained the early advantage. Remember the Dutch are a formidable team and playing out a draw against them was very encouraging for us,” he reckoned.

Sohail, looking forward to enhancing his world record tally of 306 goals but more importantly he desired playing his part by contributing substantially in the success of the team.

“I am playing my fourth World Cup after making my debut in Utrecht and it\s my ultimate wish to serve the country to the best of my abilities. Ideally I would like to see our team become the world champions,” he wished.

The 33-year-old Sohail didn’t mince word in stating that every league match was crucial for Pakistan having been placed in the Group B with Australia, England, India, Spain and South Africa.

“Mind you all these teams are very dangerous and we cannot afford to relax even for a while against any of them. We begin our campaign with the game against arch-rivals India. A victory in this match will really boost our morale,” he observed. 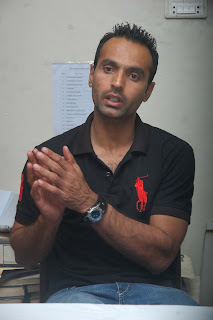 He credited the team management for having developed new armory and weapons with variations in penalty corner drills that should help the cause of the team immensely.

He opined that hockey has changed in the past few years and whole team has to be involved in defence and attack at the same time.
“We have had problems in defence but we worked very hard in the camps and we are confident to come up with an improved performance in New Delhi. The tournament presents a great opportunity to us to fulfill the dreams of the nation in front of the Indian crowd and put national game back on track,” he remarked.

Sohail and the rest of the squad crossing the border are very much aware of the fact that Pakistan have had excellent record while playing on the Indian soil and they would like to come good again.

1982 in particular was the most memorable year for the Pakistan hockey. They had outplayed India in the Asian Games final to clinch the gold in style at New Delhi while they won the World Cup in Bombay the same year. readmore »»