KCCA comes out in open to expose Ijaz Butt’s bias

I think that the officials of the Karachi City Cricket Association (KCCA) have finally realized that enough is enough and they need to come out in the open to fight for the rights of their cricketers who have been brutally treated by Ijaz Butt and his cronies. 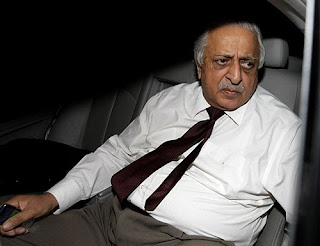 After having condemned the biased attitude of the national selectors in their Executive Council meeting the other day, the KCCA high command, shocked and disappointed, has now decided to hold a press conference on August 12.

Prof Ejaz Ahmed Farooqui, Honorary Secretary, KCCA, has announced that the briefing will be held at the Karachi Press Club at 3 pm.

Khalil Ahmed Nainitalwala, Vice President, KCCA, will be apprising the media and the general public of the injustices to the Association and their players by the Pakistan Cricket Board (PCB) which has actually been a one-man show for about two years now.

The KCCA officials, on a few occasions, had taken on the PCB in the past as well but their stance had generally been soft and lacked the conviction. It might be a different story to relate this time round.

There is enormous pressure from the various quarters on the office-bearers of the KCCA to bat for the victimized cricketers of the metropolis who must be feeling let down by the double standards of the national selection committee headed by Mohsin Hasan Khan.

Interestingly Mohsin, one of the most stylish opening batsmen to have played for Pakistan, himself belongs to Karachi but he looks absolutely helpless at the moment.

The best course of action for Mohsin would be to follow the examples of his predecessors Abdul Qadir and Iqbal Qasim, both of whom could only last a few months before expressing their inability to come to terms with a man called Ijaz Butt.

It would be interesting to find out if the KCCA officials still resort to diplomacy or they demonstrate the courage to call a spade a spade. I think they should display greater self-belief while safeguarding the interests of their cricketers.

The Executive Council of the KCCA has placed on record its condemnation for the biased attitude of the PCB selection committee for having totally ignored the promising lot of Karachi cricketers like Sarfaraz Ahmed, Khurram Manzoor, Khalid Latif, Faisal Iqbal and Asad Shafiq.

The Council was of the opinion that the PCB selectors had deliberately failed to consider the performances of the Karachi cricketers in the national tournaments.

They urged about the PCB authorities to review their failings and accord justice to the talented cricketers of Karachi, who despite being the national champions, feel the agony of getting deprived when it came to playing for Pakistan. 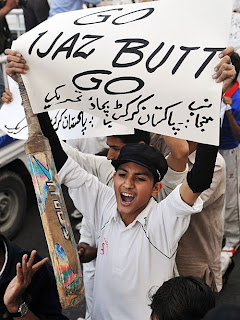 They insisted that merit alone should be the basis of the selection and Pakistan’s prestige should be the prime consideration which can only be achieved through selections based on merit and fair chance to play for all Associations.

Well the KCCA high command must be aware of the fact that there’s no such thing as the PCB authorities any more because no one else other than Ijaz Butt has any authority in running the Board.

The KCCA should be direct in their approach and they should be talking plain truth instead of wrapping it inside some dual-meaning words.
readmore »»