The top officials of the Mind Sports Association of Pakistan (MSAP) have commended Mahmood Ahmed Lodhi for having won the National Chess Championship for a record 14th time. He achieved the feat in Lahore on April 30. 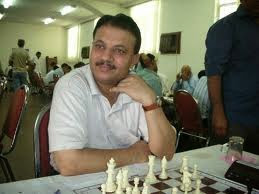 Khurshid Hadi, President, MSAP, congratulated Mahmood Lodhi on extending his national record, urging him to sustain the momentum and carry his excellent form to the upcoming international events.

“It’s terrific to have a chess player like Mahmood Lodhi in our folds. Winning the National Championship for 14 times is quite an accomplishment. We will try everything possible at our end to facilitate him,” the MSAP President remarked.

The MSAP, which has been supporting Mahmood Lodi over the last few years, will be honouring him with a shield and a cash award when the chess champion reaches Karachi next week.

“We will present him a shield and cash prize of Rs 25,000 for having won the national championship once more,” Tariq Rasheed Khan, Director, MSAP, announced. He added that the Association will also consider funding him for the Grand Masters event.

Meanwhile the national champion himself has vowed to continue playing with the same passion to bring more glories for the country.

“I am delighted to have improved on my own record and I will now like to concentrate on the upcoming international events. It feels great to extend the record and I am really excited at having won the national championship for the 14th time. The sweetness of victory can only be felt not shared,” the record-holder stated.

According to the official results announced by the Chess Federation of Pakistan (CFP), defending champion Mahmood Lodhi, emerged triumphant once more by playing out a draw against Anwar Qureshi in the 11th and final round of the event.