A tale of two thrillers 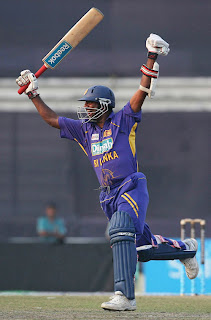 January 16, 2009 turned out to be one of the most exciting days for the cricket enthusiasts all over the world. It was not unusual to have more one contest taking place on the day but there was double treat for the followers of the game as both the matches produced thrilling stuff until the very end.

Bangladesh and Sri Lanka were engaged in a low-scoring cliff-hanger in Mirpur while Australia and South Africa thrilled the audience at the Melbourne Cricket Ground (MCG) with yet another memorable encounter between two of the strongest sides in the business today.
Sri Lanka were extremely lucky to get away with it against Bangladesh and it were the heroics of Muttiah Muralitharan with the bat that saved the day for the tourists. The Sri Lankans had appeared dead and buried when the top half of their batting was back in the hut with only six runs on the board.
Bangladesh had become the firm favourites to lift the trophy even while defending a modest total of 152 in the final of the three-nation series but their hopes were shattered by the belligerence of Muralitharan who surprised everyone with his match-winning cameo down the order.
Muralitharan is always expected to be a match-winner but that’s because of his outstanding qualities with the ball. His magical off-spin bowling has engineered innumerable conquests for his team in every form of the game but probably it was for the first time in his illustrious career that his batting exploits turned the tide so decisively.
Although the Man of the Match award was clinched by Kumar Sangakkara for his half-century that might not have mattered had Muralitharan not produced that sensational unbeaten knock of 33 from only 16 balls.
Sri Lanka would have fancied their chances of recoding a cakewalk win when they came out to chase a target of 153 in 50 overs. Indeed it should have been a straight forward proposition for their star-studded batting but the target was looking out of reach after the nightmarish start to their innings. 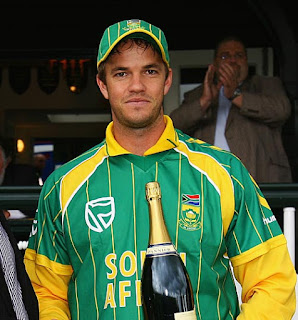 Bangladesh also had made a recovery in their innings after being 54 for 5 in the 19th over. They got themselves into a very good position when they progressed to 149 for 6 at the end of 47 overs. Ajantha Mendis mauled the lower-order as the hosts last their last four wickets for only three runs.
The quality of cricket at the MCG was obviously higher where Australia and South Africa locked horns. After a few twists and turns during the course of the high-scoring fixture South Africa managed to pull of their sixth successive ODI win over the hosts at the historic ground.
Albie Morkel’s blistering unbeaten knock of 40 from 18 balls settled the issue which was still in doubt when 50 runs were still needed from the last six overs. JP Duminy and Neil McKenzie had earlier played their role admirably in reviving the innings that had been off to a shaky start while chasing target of 272 in 50 overs.