Anwar Ahmad Khan: The Gentleman Olympian is no more


Penning down the obituary of someone with whom one has had cordial relations for decades is one of the most painful exercises to perform. 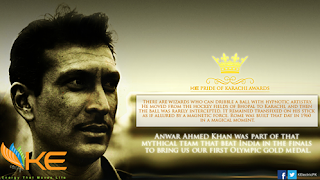 Although I had personally known the legendary Anwar Ahmad Khan since the late 1970s when his son, Adnan (now Dr Adnan Anwar) and I were roommates at the Cadet College Petaro, it was a decade later when we started meeting regularly.

Ours was a relationship based on mutual respect that’s why it lasted a lifetime. We were more than 30 years apart but the age difference or rather the generation gap never came in our way and we communicated on more or less the same wavelength.

The high level of understanding between us allowed me to undertake the arduous task of doing his autobiography when he expressed the desire to have the history of his eventful life documented in a book form.

Despite our preoccupations, we met almost every week during the year of 1990 and the 50-odd meetings enabled to turn the dream into reality as Anwar-The Autobiography of Anwar Ahmad Khan was launched in a memorable ceremony at the poolside of a five-star hotel of Karachi in February 1991. 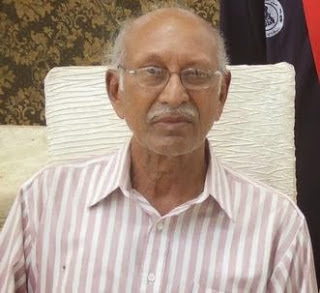 We continued to meet regularly even after the publication of his autobiography as I found him a very caring and trustworthy person, who was always willing to help and support people in need. My last meeting with him took place at his residence, a couple of weeks before his death. Our mutual friend, Jawaid Masood Qudussi, was also present on the occasion.

Neither of us imagined that it was going to be our final meeting because he was in high spirits, having recovered considerably from the freak injury he had suffered a few months ago. He was having sessions of physiotherapy at home and he was planning to host a ‘proper’ dinner for us to celebrate his recovery shortly.

Unfortunately his condition deteriorated alarmingly a week later and the chest infection proved fatal. He had emerged triumphant in many battles on and off the field but eventually ran out of steam and said good-bye to this mortal world on May 2.

As everyone knows he was a hockey legend. Many experts rated him as the greatest-ever centre-half to have played hockey. He was an impossibly-gifted player whom the opponents feared the most as getting past the ‘Rock of Gibraltar’ was too big a challenge even for the most versatile forwards of his era.

The hockey fans will remember him for his expertise and artistry. His contribution to the development of the Pakistan hockey was truly phenomenal. He was the pivot around whom the Pakistan team revolved in its golden era which started from 1956 when he made his Olympic debut at Melbourne.

Pakistan hadn’t won any medal in the previous two editions of the Olympic Games but they turned the table the silver in 1956. They won the gold in the Asian Games in 1958 at Tokyo and the Olympic gold followed a couple of years later at Rome. The hat-trick of gold was completed at Jakarta in the 1962 Asian Games.

Anwar Ahmad Khan was originally chosen as the vice-captain for the 1964 Olympic Games at Tokyo but he had to lead the side following the injury to skipper Manzoor Hussain Atif at the start of the event. He took the team into straight into the final and the decision to draft in the half-fit regular skipper in the title-clash proved suicidal and Pakistan had to be content with the silver.

Worse was to follow a couple of years later when he couldn’t hide his frustration at the conspiracies hatched to deny him from captaining the side in the 1966 Asian Games at Bangkok. He returned home from the training camp and quit the game. His retirement cost Pakistan dearly, as the team was robbed of the Asian title too.
readmore »»