The Honorary Treasurer of the Sindh Olympic Association (SOA), Syed Wasim Hashmi, has announced to quit the job due to personal reasons. It was a rather surprise move from him soon after having delivered a fiery speech in the general body meeting of the SOA held at the Asghar Ali Shah Stadium, Karachi, on August 1. 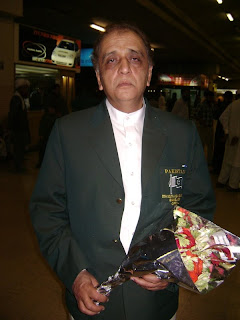 He took the house by surprise by announcing that he was stepping down from the post because of his preoccupations as tax lawyer. He, however, agreed to continue until his successor was elected when requested by the President of the SOA, Dr Syed Mohammad Ali Shah, who was in chair.

Wasim Hashmi, who was the Organizing Secretary of the 8th Sindh Games staged in Karachi in 1999, has remained associated with the provincial Olympic body for a long period of time but he was elected to the post of Treasurer only a couple of years ago.

His credentials both as a tax lawyer as well as a sports administrator are well established. He has had a clean record and his reputation as someone doing justice with the job is thoroughly intact.

There can be reasons which he may not like to disclose that prompted his decision to part ways with the SOA after having been on board for just two years. May be he became fed up with the politicking that has remained the hallmark of the SOA for the past so many years.

One can understand his point of view that he would be needed to travel a bit more often after opening a branch of his tax firm, Hashmi Associates, in Lahore later this month but does the SOA generate so much financial activity that he was required to be permanently based in Karachi to attend to it?

The SOA can come to life with the recent funding by the provincial government as a result of the solo efforts of Dr Mohammad Ali Shah but still one can’t anticipate that kind of activity level which Wasim Hashmi would have found difficult to handle even his own heavier business commitments.

I am not sure why nobody in the SOA general body came forward to him to enquire the actual reasons of quitting the post. Will anybody disagree from the fact that he’s the most suitable person for the job?

The SOA certainly needed a man of his integrity level to look after the financial matters at a stage when there indeed would be some events other than the Sindh Games, the Inter-Provincial Games and the National Games.

The SOA President, Dr Mohammad Ali Shah, who has injected a life in what has been a rubber-stamp body all along, should be little careful while accepting the resignation of Wasim Hashmi. 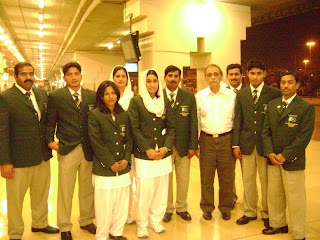 Probably Dr Shah, who has been living abroad more in the recent months for his treatment, didn’t expect it during the meeting. He just couldn’t grasp how and why did the sitting Treasurer chose to quit?

Wasim Hashmi may submit his resignation in writing shortly but Dr Shah will now have time to look into the pros and cons before accepting it or putting it up in the agenda for the future SOA meetings.
readmore »»