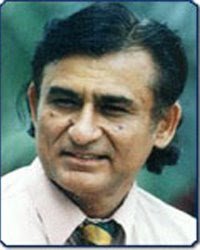 The President of the Karachi City Cricket Association (KCCA), Dr Mohammad Ali Shah, reckons that the newly installed skipper Younis Khan has the temperament and the skills to come good in the hot heat.

“Having known him closely for a number of years, I firmly believe that he has the potential to rise to the occasion. Captaining the Pakistan team presents a very big challenge to anyone but Younis is one man who has the capability to deliver,” Dr Shah stated in a recent conversation.

Dr Shah, who is also the Minister of Sports in the province of Sindh besides being the President of the Sindh Olympic Association (SOA), appeared convinced that Younis will handle the demanding situation pretty well.

“I don’t think that his batting will be affected or he will feel burdened by captaincy. He knows how to handle the pressure. A truly gifted batsman, having scored heavily for the past many years, he seems to be possessing the leadership qualities to motivate the national team whose morale is on the lower side after the defeat in the recent ODI series against Sri Lanka,” Dr Shah, who is himself an iconic figure in the field of medicine and surgery, observed.

“Younis has had very time little time at his disposal because the Sri Lankans have now returned for the two-Test series. He was appointed the national skipper soon after the debacle in the ODI series. Here is an opportunity for him to lead by example and turn it around,” he believed.

“Younis is basically an enterprising cricketer. He has batted well in all parts of the world, having scored consistently against the strongest of bowling attacks. He has been rated as one of the best number three batsmen in the business. He needs to continue scoring heavily because his team would be looking forward to him. He is the senior most batsman in the side and he will need to bring all his experience into play to lead from the front,” Dr Shah stated.

The words of encouragement from Dr Shah should be a source of inspiration for Younis, who was appointed as captain of Pakistan soon after Shoaib Malik had stepped down following 234-run defeat at the hands of Sri Lanka in the third ODI at the Qaddafi Stadium. 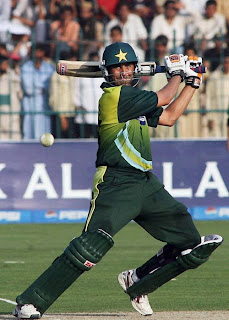 Younis was indeed the automatic choice to take over provided he was willing to accept the job. He had been offered the national captaincy in the past as well but he had made a mess of the opportunity that came his way.
It was described as a collective decision of the PCB to appoint Younis as the skipper once Shoaib Malik was out of the way.
Younis was playing the Quaid-e-Azam Trophy match for his employers Habib Bank Limited (HBL) at the Qaddafi Stadium when he was summoned for a meeting with the PCB chairman, Ijaz Butt. According to the reports the meeting didn’t last more than 15 minutes and the middle-order batsman consented to lead the national team without having a second thought.
Probably in order to make the new skipper a little more comfortable, the PCB Chairman, had ruled out the possibility of having separate captains for Tests and One-day Internationals as Younis was installed as captain for Tests as well as ODIs for an indefinite period.