The organizers of the Indian Premier League (IPL) have had to encounter problems of all kinds. They must have foreseen numerous hassles while launching the tournament of such magnitude last year but they might not have anticipated the change of venue. 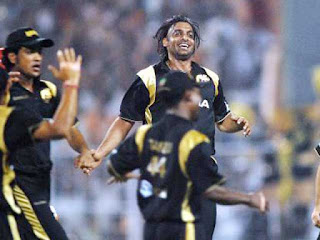 The Board of Control for Cricket in India (BCCI), having so much influence in the International Cricket Council (ICC) of late, had ensured that the international cricket would come to a standstill when the IPL was in progress.

As the luck would have it, the postponements and cancellations of the various events prompted their change of dates that now clash with the second edition of the IPL, getting underway in South Africa on April 18.

Pakistan and Australia, two of the finest one-day teams in the business, would now be engaged in a limited overs series in the Middle East during the period when the South African grounds will be hosting the IPL.

The IPL organizers may not admit it publicly but the fact of the matter is that they would not have desired another cricket event taking place during the course of their extravaganza.

The ODI series between Pakistan and Australia in the United Arab Emirates (UAE) has in fact dealt double blow to the IPL. Firstly a large number of viewers in different parts of the world will now have an alternate source of entertainment. Many people would prefer to watch the One-day Internationals between two of the most exciting teams in the world rather than follow an event not having much value in their eyes.

Since the television audience is going to be the key in the IPL 2 as the event being staged in South Africa will actually be targeting the huge Indian market, the telecast of the ODIs between Pakistan and Australia would cause a distraction.

Another cause of concern for the IPL organizers could the lack of presence of the stars of the two countries. While Pakistan’s players were unlikely to compete in the IPL 2 in any case, the withdrawal of the Australians due to national duty could result in substantial drop of audience in that country.

The IPL 2 will certainly appeal less to the Australian public because of the non-presence of their stars in the tournament. Secondly they could also be more interested to follow the fortunes of their national team in the ODI series against Pakistan. 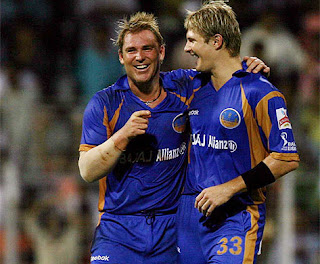 All the eight participating teams in the IPL 2 have invested heavily by recruiting some of the most talented and skilled cricketers in the planet but they would miss the stars from Pakistan and Australia who had played their part in making the inaugural tournament so successful.

The shifting of the venue from India to South Africa has already prompted the teams to revisit their plans as the playing conditions in the two countries are quite different. The pullouts of the Australians in particular must have caused more concerns to them. Let us see how they make the last minute adjustments.