Zaheer to miss Champions Trophy due to IPL injury

The priorities of the movers and shakers of the Indian cricket remain unclear. It’s not easy to judge what really are the objectives of the Board of Control for Cricket in India (BCCI)? The element of clarity of thought looks missing. 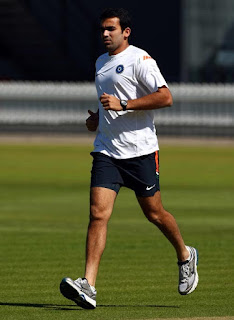 The Indian Premier League (IPL) has probably done more disservice to the cause of the Indian cricket rather than bringing home glories. The massive commercialization of the game has severely hit their injury-prone cricketers and the performance of their team has declined in major competitions.

The BCCI had succeeded in holding the second edition of the IPL in South Africa earlier this year but it cost them the world Twenty20 crown. As was being speculated the IPL worked to India’s disadvantage and they failed miserably in defending the title they had annexed a couple of years ago.

Now India’s chances of reclaiming the Champions Trophy has taken a serious blow with their spearhead Zaheer Khan being ruled out due to the shoulder injury he suffered while playing for the Mumbai Indians in the IPL. He had fallen on his shoulder while fielding and was subsequently advised rest.

Zaheer, one of the most experienced fast bowlers in world cricket, is out of the Champions Trophy after having undergone a major shoulder surgery in South Africa a few weeks ago. It would come as little surprise if he’s also forced to miss the seven-match home ODI series against Australia in November-December.

The BCCI officials, however, maintain that Zaheer was responding well to the surgery and he was expected to return to international cricket by the end of the year and could play in the home series against Australia.

"Zaheer had an arthroscopic labral repair in his left shoulder on July 13 done by the Johannesburg-based Dr Mark Ferguson. He is undergoing rehabilitation in South Africa and is recovering very well. He is expected to return to international cricket by the end of this year," the BCCI media release revealed.

It was further announced that Zaheer would be arriving home on August 9 for about 10 days or so before returning to South Africa for further rehabilitation on his shoulder. 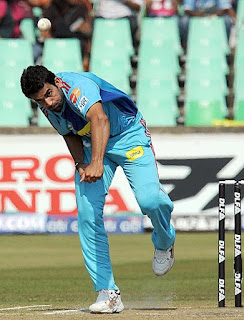 Zaheer aggravated the injury during the World Twenty20 and had to undergo surgery in South Africa in July, causing him to miss the four-match ODI series in West Indies.He has been advised a minimum of three months' rest. Ferguson, who carried out the surgery, has successfully treated Sachin Tendulkar and former India players Javagal Srinath and Anil Kumble in the past.

The 30-year-old left-arm quickie has had fitness problems on quite a few occasions in the past as well. It goes to his credit that he has managed to stage a comeback successfully more often than not after a layoff.

He had looked at the peak of his career last season. In tandem with Ishant Sharma he formed the most lethal new ball attack in the world, setting up quite a few victories for India. His absence will be sorely felt.