Alamgir Shaikh to represent ACBS in IBSF Board


Another feather was added in the cap of Pakistan’s top snooker personality, Alamgir Anwar Shaikh, as he has been nominated to represent the continent of Asia at the Board of the International Billiards & Snooker Federation (IBSF). 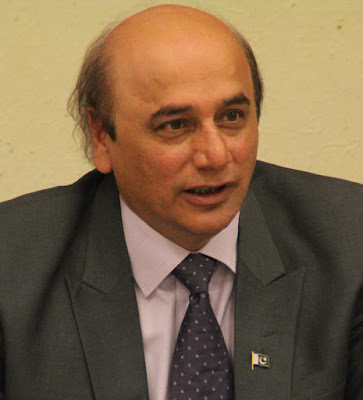 Zulfiqar Ali Ramzi, Honorary Secretary, Pakistan Billiards & Snooker Association (PBSA), announced that the decision in this regard was taken in the recent annual general body of the Asian Confederation of Billiards Sports (ACBS) held in Doha, Qatar, on the sidelines of the IBSF World Snooker Championships 2017.

“Alamgir Shaikh, who is the Vice President of the ACBS, has been nominated to represent the continental body at the IBSF Board while Munawwar Hussain Shaikh, President, PBSA, has been appointed as the legal advisor of the ACBS. Both the appointments are great honour for the snooker fraternity of Pakistan,” the PBSA official acknowledged.

In a brief chat, upon his arrival from Doha, where he had gone to attend the ACBS meeting besides watching the World Championship, Alamgir Shaikh, Co-Chairman, PBSA, vowed to continue playing his role more effectively in the further development of cue sports at the global level.

“Indeed there are challenges to be met and I will bring all my expertise into play to promote the cause of cue sports on a larger canvas,” he added.

A recipient of the coveted Pride of Performance award, presented by the President of Pakistan, in recognition to his services in sports administration, he remained upbeat about taking the Pakistan snooker to even higher level in future.

Having served a couple of highly successful tenures of four years each as the President of the PBSA, starting from 2008 to 2016, Alamgir Shaikh, also a member of the Pakistan Sports Board (PSB), expressed the hope that the momentum as well as fresh efforts will continue taking the Pakistan snooker forward in the years to come.

“Cue sports in Pakistan has come a long away in the recent past and our sustained efforts have yielded the results in the form of glories in almost every international event and more importantly we have prepared a crop of youngsters who are geared to move on,” he reckoned.
readmore »»