The second edition of the Indian Premier League (IPL), getting underway in South Africa on April 18, is likely to miss the carnival atmosphere that had taken the whole world by storm last year. 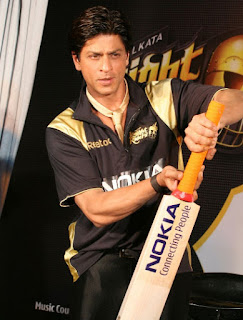 The mood of the fans in South Africa is certainly going to be different than the one possessed by the enthusiasts in India. The passion of the Indian public for cricket is enormous and it’s hard to imagine the same kind of passion in South Africa.

Although the majority of the top performers of the world cricket are expected to be there and the highest quality of cricket is also anticipated once more but the lack of the crowd participation may take some gloss off the event.

Another thing is that the games in the IPL would be held at mid-day that is not deemed an ideal time in South Africa. The timings of the matches, however, would still suit the viewers in the Indo-Pak sub-continent.

Meanwhile the teams and franchises have had to rework their plans and logistical details because of the eleventh hour shifting of the mega event from India.

The change of venue will bring about a change in the strategy of the participating teams as well because the pitches in South Africa would be different to the ones in India where the odds favoured the batsmen.

The batting-friendly wickets in India had allowed the batters to tear apart the bowling from the moment they set their feet in the ground. It could be a different story altogether in South Africa where the pitches are known to assist the quicker bowlers. So we are unlikely to watch far too many runs scored this time round and we are more likely to witness low-scoring thrillers.

The average score in the IPL last year was about 170-180 per innings. The figures from the domestic Twenty20 in South Africa reveal that the average score is 140. The batsmen will have to apply themselves for putting runs on the board.

The young Indian cricketers, who had played their role admirably in the inaugural IPL, may have to struggle on the bouncy strips of South Africa. The conditions in South Africa will also fluctuate quite a lot depending on the weather. The grounds around there are very different from centre to centre as well as the bounce.

So the conditions will be very different at different venues and life for the fringe Indian cricketers could be very tough in these conditions. It presents a big challenge for the average domestic Indian players in particular to adapt to the South African conditions. 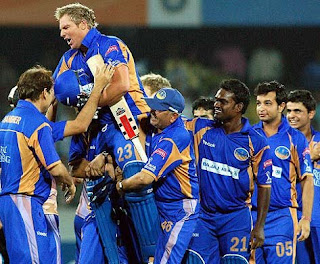 In the IPL 2 the teams having stronger South African presence in their squad will obviously get the advantage for they are familiar with the conditions, they understand how they can change from morning to afternoon, or from first innings to second innings.

There are a number of different aspects that an experienced South African player will be able to pass on to his own team and will also be able to adapt to his own game. This factor puts Bangalore Royal Challengers at an advantage in that regard.