India’s ace cueist, Yasin Merchant, has been approached by the Pakistan Billiards & Snooker Association (PBSA) to coach Pakistan’s cueists for the World Snooker Championship to be held later this year.

Alamgir Anwar Shaikh, President, PBSA, has confirmed having held a discussion with Yasin Merchant in this regard during the course of the Jubilee Insurance 7-Nation International Snooker Championship 2012 which concluded at Hotel Pearl Continental, Karachi, on March 9. 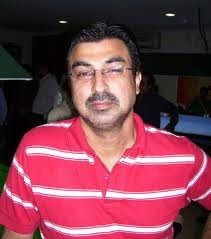 “Yasin Merchant, who is also a qualified coach, has agreed in principle to come to Pakistan for two sessions of three weeks each to train our cueists for the World Championship. Now we will have to obtain the necessary clearance from the Ministry of Interior and the required funds from the Pakistan Sports Board (PSB) to move ahead,” the PBSA President revealed.

“In our opinion he’s the most suitable candidate to train our players. Besides being a seasoned cueist and a qualified coach, he will be at away at a couple hours flight from here. Additionally he holds the advantage of being able to communicate with the boys in our national language,” Alamgir Shaikh explained.

“We will give a firm and formal offer to Yasin Merchant only when we get the funds and the necessary approval from the concerned authorities,” he replied when questioned as to why the Indian wasn’t offered formally yet. 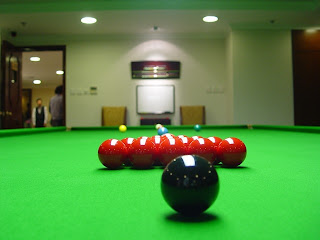 The PBSA has been informed that the experienced Indian cueist would only be available to coach Pakistan’s cueists only two times a year with each session lasting a couple of weeks.

Meanwhile the PBSA President disclosed that all the six foreign teams, having participated in the just concluded 7-nation event, have returned to their countries.

“The Iranians were the last to have flown out on Marc 11 evening while the Indians have left earlier in the day. The other four contingents had returned by March 10,” he added.

The Jubilee Insurance 7-Nation International Snooker Championship 2012 was staged at Hotel Pearl Continental, Karachi, from March 4 to 9 in which two cueists each from Bahrain, Egypt, India, Iran, Thailand and the United Arab Emirates (UAE) took part.

The event went ahead smoothly and there were no security issues reported by any of the visiting cueist or the accompanying officials. It was after nearly four years when the foreign cueists had participated in any championship in Pakistan.
readmore »»