I incline to agree with the observations of the former South African coach, Mickey Arthur, that Pakistan, being at an absolute low, stand no chance whatsoever of coming to terms with the Proteas in the ongoing series in the United Arab Emirates (UAE). 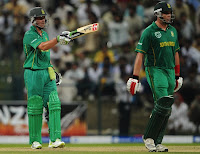 South Africa, after having overwhelmed Pakistan in both the Twenty20 Internationals, cruised to a most comfortable victory in the first of the five One-day Internationals at Abu Dhabi on October 29.

Unless and until something very dramatic happens or the external factors come into play in a big way, South Africa should be winning the remaining four ODIs and both the Test matches that follow without much botheration.

“I can't see us having any trouble beating them. Our real test will come when we play against India at home at the end of the year," Aurthur, now coach of Western Australia after he resigned from the Proteas job in January, said while mentioning the problems surrounding the Pakistan team at the moment. 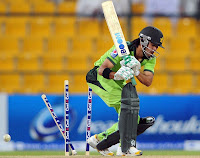 I don’t think anybody will argue with Arthur at this stage. The momentum is with South Africa and they have a balanced and strong outfit for every format of the game while Pakistan find themselves in an exactly the opposite situation.

Thanks to Ijaz Butt and his cronies, Pakistan have had problems in finding a regular captain besides fielding a settled team for the last couple of years. Far too many changes with total disregard to merit have pushed the Pakistan cricket to a corner from where they can only dip further.

If we talk purely in terms of cricket, there’s a huge gap between the two teams. The South African outfit is not only super-fit and agile but they seem to be playing with purpose. They have a goal in their mind and they are executing their plans accordingly.

The World Cup, less than six months away, is very much in their minds and they are doing their best to raise the level of their game. They have had the problem of choking in the big tournaments in the past and I am sure they would be working overtime to overcome this chronic weakness of theirs.

The South African youngsters have come to the party in a big way which augurs well for the future of their cricket. The young guns will certainly keep the veterans on their toes and there will be pressure on the seasoned campaigners to perform consistently or be replaced. 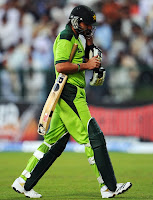 The performance of Jacques Kallis, returning to the side after a layoff, would delight their team management and his all-round expertise would be immensely helpful to their cause. It’s quite extraordinary how Hashim Amla has transformed his game, having become a dasher top of the order.

A B de Villiers, as he showed in the first ODI, has no problems in keeping the scoreboard moving as will while Graeme Smith and J P Duminy also have also hit form without wasting time.

The pace of Morne Morkel can frighten the best of batsmen and he’s going to be a major threat for Pakistan. With another genuine fast bowler in Dale Steyn raring to go at the other end it can only mean further trouble for their opponents.
readmore »»