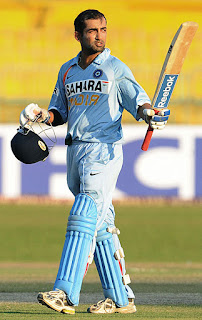 By Syed Khalid Mahmood
Even the absence of Sachin Tendulkar and Zaheer Khan and the failures of Virender Sehwag and Yuvraj Singh couldn’t stop India from dominating the fourth One-day International and more importantly inching closer to a rare whitewash over Sri Lanka.
Any other team in the world at the moment, including Australia and South Africa, could have been derailed in the non-presence and non-performance of their key players but not this Indian side that has far too many match-winners in its ranks.
Gautam Gambhir made the most of the opportunity of opening the innings once more and his knock of 150 was the highest on the Sri Lankan soil in ODIs. The left-hander, however, was picked up soon after reaching the landmark.
Skipper Mahendra Singh Dhoni was unlucky to have missed out on a hundred which was there for the taking. He looked every inch a top-order batsman having the capacity to change gears according to the situation.
It was for the first time when Dhoni had promoted himself in the batting order, a move that paid rich dividends. He arrived at the crease when Sehwag was removed cheaply soon after having escaped narrowly only the previous ball. It looked for a moment that the pitch might be a little different in character but the big partnership between Gambhir and Dhoni dispelled all such apprehensions.
The Indians lost three wickets in quick succession against the run of play and they had to rebuild through Gambhir and Suresh Raina. They did score briskly but there was no late flourish as usual and the Indians had to settle with a score of 332 whereas 350 was always in sight.
It took Muttiah Muralitharan 9.1 overs to finally take the wicket that finally put him at the top of the tree in the history of ODIs as well. It was wicket number 503 for the champion off-spinner who went past Wasim Akram’s record of 502 scalps.
Gambhir was the victim that earned Muralitharan the record. Although the wicket didn’t matter much in the context of the game for India had already posted a big enough score that looked perfectly defendable with a potent bowling attack at their disposal.
But it was a moment to cherish for Muralitharan and his supporters present at the Premadasa Stadium. It was yet another memorable moment in the career of the great off-spin bowler who has been the architect of many Sri Lankan victories in the past. 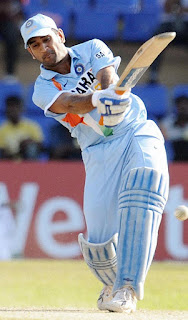 Muralitharan has now become the leading wicket-taker in Tests as well as ODIs. Besides his outstanding skills with the ball his mental strength is an object lesson to the youngsters watching him.
Muralitharan’s world record certainly gladdened the hearts of the local fans but they must have been disappointed to find their team falling apart in the run chase once more under the floodlights.
The Sri Lankans got off to a flying start but they lost the momentum with the fall of wickets and there was not much the middle-order could have done to turn the tables against a disciplined bowling attack that was backed by agile fielders.