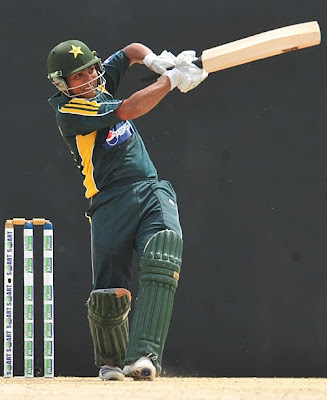 Just the other day I had pointed out that Pakistan can never ever be written off irrespective of their weakness or the strength of their rivals on paper. They have been the most unpredictable side all along in every team sport, generally having shown disrespect to conventional thinking.

Pakistan’s performance in the warm-up games leading to the ICC World Twenty20 in England earlier this year never really suggested that they would go on to collect the trophy a fortnight later.

Now Pakistan have got off to a flying start in South Africa, having trounced Sri Lanka in the warm-up tie at the Willowmoore Park in Benoni on September 18. They whacked their opponents by a staggering margin of 108 runs in the day-nighter.

Not many people would have expected Pakistan going on the rampage against a strong Sri Lankan outfit. But again it was a case of history repeating itself. Sri Lanka, more often than not, have come up with their worst performances while playing against Pakistan.

Makeshift opener Kamran Akmal came good hitting 82 off 78 balls with his brother Umar also had fun with the Sri Lankan bowlers while blasting 67 off 51 balls. Shahid Afridi came down the order but caused enough damage to take the Pakistan total past 300.

Sri Lanka certainly had the batting resources to challenge the big score but they were laid low by a man called Rana Naved-ul-Hasan took five wickets. All the big guns of their batting flopped like their champion bowlers.

Be at home or even at a neutral venue the Sri Lankans have crashed in similar fashion against Pakistan. Not only that but Sri Lanka have also helped Pakistan’s cause immensely on numerous occasions by blasting other teams heavily in the same group.

Well Pakistan and Sri Lanka have not been grouped together this time round. Pakistan’s massive win over Sri Lanka in the warm-up game, however, could serve warning bells to Australia and India, two of the three pre-tournament favourites, who have been drawn in their group.

In the event of Pakistan making it to the last four either Australia or India will have to miss out. The West Indies, with their depleted outfit, could not be expected to spring surprises a la Pakistan. 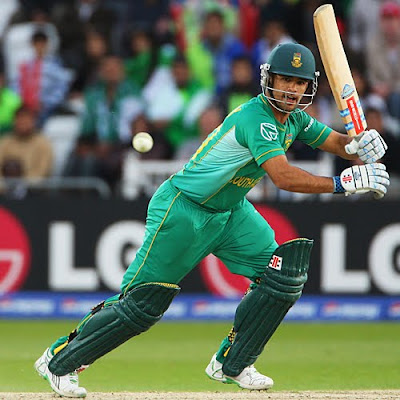 Talking about the West Indies they had to face the music at the hands of South Africa in their warm-up encounter. There was absolutely no element of surprise in watching the home batsmen dominate the inexperienced bowlers. South Africa posted a total of 388 for four with skipper Graeme Smith, Jacques Kallis and J P Duminy having enthralled the audience.

The only cause of concern for the hosts was an abdominal strain to Herschelle Gibbs when he took evasive action to avoid a straight drive from Smith. Gibbs had to retire hurt and he will be needed to have a scan to determine the extent of the injury.

I don’t think New Zealand’s defeat at the hands of the Warriors in Pretoria can be classified as a shocker. The Black Caps possess an inexperienced batting that’s unlikely to score heavily. They have a potent bowling attack but in one-day cricket you need to put runs on the board too.