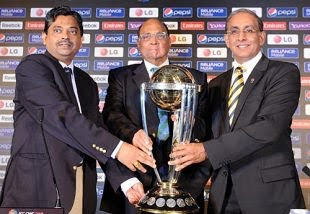 The World Cup remains the most prestigious of all the cricket tournaments and the International Cricket Council (ICC) regards it as its flagship event.

The first-ever Cricket World Cup was staged in England in 1975. It was described as an instant success and England went on to host the event in 1979 as well as in 1983. The other cricket playing nations then expressed the desire to organize it and the ICC has had to follow a rotation policy since then.

Now the sub-continent will be the hosts once more in 2010-11 with the tournament to be held from February 17 to April 2. The countdown for the mega event has begun and the functionaries of the ICC and the Tournament Organizing Committee are ready to meet the challenge.

A ceremony was held in Mumbai on November 9 in which the fixtures of the 2011 World Cup were allowed well in advance.

“The announcement of the match schedule for the ICC Cricket World Cup 2011 is an exciting development as not only does it allow all our stakeholders to start planning their tours but it will also remind everyone that we are getting closer to the staging of the biggest event in world cricket, where the leading cricketers from all over the globe will battle it out for the top prize in the game,” he remarked.

“The sub-continent offers some great facilities for the cricketers, spectators, sponsors and media, and with some brand new stadia to be built and others to be upgraded, the match schedule will allow the venues to focus on the task at hand to plan and implement their preparations and ensure they are ready to welcome the world to this beautiful, historic and cricket-loving region in 2011,” Pawar noted.

The ICC Chief Executive, Haroon Lorgat, believed that the announcement of dates was an important indicator of the excellent progress they were making towards staging their flagship event.

“The match schedule will allow the teams, commercial partners, spectators and media to commence with planning their tours. Preparation of venues and safety and security planning continues and I am confident that the host countries will showcase our great sport with its great spirit in the best possible light,” he observed. 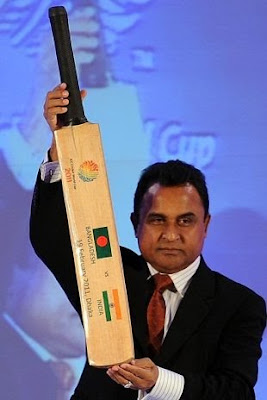 “The ICC Cricket World Cup 2011 will be the ICC’s next 50-over tournament after the highly successful ICC Champions Trophy 2009 in South Africa. And with plenty of high-quality matches played since that event concluded last month, I’m convinced that the ICC Cricket World Cup 2011 in the sub-continent will further cement the status of ODIs and once again illustrate one of cricket’s greatest strengths – that with Tests and Twenty20 Internationals alongside ODIs, we have three viable, vibrant and successful formats of the game at international level,” the ICC chief added.

“The sub-continent has hosted high-quality events in the past, including two ICC Cricket World Cups in 1987 and 1996, and we are committed to stage another world-class event in 2011, one which will be memorable and enjoyable for all,” Tournament Director, Prof Ratnakar Shetty, said.

“However, the announcement of the match schedule will mean that the venues hosting the matches will have to meet their timelines to ensure everything is ready for what we believe will be a superb spectacle and a great advertisement for the sport which has a huge following in the sub-continent,” he pointed out.

Pakistan not to host a single game

The ICC World Cup will make a return to the sub-continent in early 2011 but Pakistan, having being proactive hosts in 1987 and 1996, will not be having a single match on their soil this time round.

The fixtures of the World Cup 2011 were announced by the ICC in a ceremony in Mumbai on November 9. It’s first time in history that Pakistan has not been allotted matches when the World Cup has come to the sub-continent. The 1992 champions, Pakistan, would be playing all their league matches in Sri Lanka.

The 10 full member countries of the ICC alongwith four associate members, divided equally in two groups, will be taking part with the top four from each group qualifying for the quarter-finals.

During the 43-day event spread over three countries, a total of 13 venues will be used and the 2011 event is a week shorter than the 2007 edition.
The inaugural ceremony will be held in the Bangladesh capital, Dhaka, on February 17 where the opening match of the tournament will also be staged a couple of days later featuring the host nation and the 1983 champions India.

It has been clarified that Pakistan would be facilitated to contest the final in Mumbai should they qualify. The organizers have specifically made a mention of Pakistan because Mumbai has always been a city they have had to avoid playing for a number of years now. 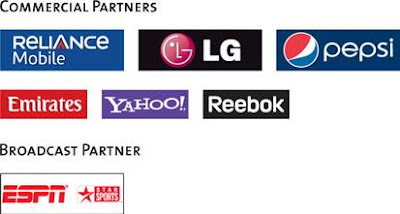 Sharad Pawar, the Chairman of the 2011 World Cup's organising committee, has stated that India would welcome them to play at the Wankhede Stadium in Mumbai should Pakistan make it to the final of the tournament.

Pawar expressed the optimism that there would be no hurdles if Pakistan made it into the final of an event like the World Cup.

"There is no exception whether it is Pakistan or any other country. I am confident the sport-loving population of this country will welcome anybody who reaches the stage,” he was quoted as saying in Mumbai.

Pakistan would be needed to play in India during the course of the 2011 World Cup only if they go all the way to the final.