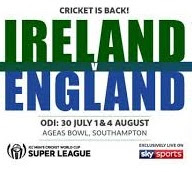 The International Cricket Council (ICC) has announced that top seven teams from the Super League and hosts India will qualify directly for the 2023 World Cup.

The World Cup Super League, announced first in June 2018, was introduced alongside the Test Championship to provide context to ODI cricket by acting as a qualification pathway to determine participants for the 2023 Men's World Cup in India.

A total of 13 teams, including Netherlands who won the ICC World Cricket League 2015-17, will feature in the Super League with the top seven teams, besides hosts India, securing direct qualification to the 2023 World Cup. 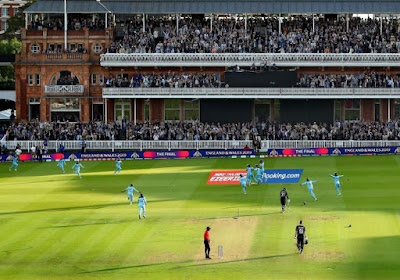 Over the course of the league, each team will play four series at home and four away, with teams awarded 10 points for a win and five for no result or tie. All Super League assignments will be three-match series although teams will be free to schedule additional games, results of which will not be considered for league points.

The World Cup Super League was originally scheduled to begin in May 2020 and run until March 2022 before the coronavirus (COVID-19) pandemic pushed back the start date to July 30.

The Cricket World Cup League 2 series due to be hosted in Namibia in September and also involving Papua New Guinea and the United States has been postponed and will be rescheduled.
readmore »»