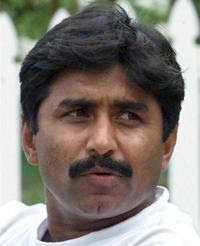 Javed Miandad had distinguished himself by battling it out against the deadliest of bowlers with courage, fortitude and solid technique. He was one batsman who was not afraid to take body blows. Neither was he laid low in the pressure-cooker situations.

He has arguably been the greatest-ever batsman to have played for Pakistan. He was a master tactician who outsmarted the opponents with his mind games.

The legend is back. He has recently taken over as the Director General of the Pakistan Cricket Board (PCB). Just as he had to tackle numerous challenges in his playing career he is confronted with one serious issue right away.

The Indian Cricket League (ICL) has the presence of quite of a few players from Pakistan, who are not eligible to play for the home country because of the ban imposed on them by the previous regime of the PCB.

Javed Miandad, known for calling a spade a spade, has reportedly admitted that the PCB was under immense pressure from the public and the media to include ICL players in the national team.

According to reports the batting great, who is also renowned for his hard-hitting comments, did not mince words in stating that he supported the move.
"The BCCI is a very powerful body, but because of its bullying tactics, a lot of people are suffering. All the BCCI needs to do is join hands with ICL," he said in a newspaper interview.

"The PCB is under a lot of pressure from the public and the media to include players like Imran Nazir, Rana Naved and Imran Farhat in the team. If there is such talent, why not utilise it? As a cricketer, I would like to see these boys in the Pakistan squad," the former Pakistan captain was quoted as saying.

Javed Miandad’s views carry enormous weight. Many well wishers of the game have suggested to the BCCI in the past as well to take the ICL on board because they were also serving the cause of the game and its players.

The BCCI could find itself in an awkward situation if some of the other affected cricket boards reverse their earlier decision of banning the players contracted by the ICL.

With the Chairman of the ICC Cricket Committee, Clive Lloyd, also coming out in the open just the other day suggesting the co-existence of the ICL and the IPL, the BCCI may be prompted to review its stance.

The BCCI should not lose sight of the fact that more than any other country it are their cricketers who are suffering because of the ban imposed of them. 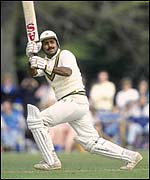 The Indian cricketers competing in the ICL are not allowed to represent their respective states that automatically make them ineligible for selection in the national team.

There are many promising Indian youngsters who have made their mark in the ICL. Won’t it be inappropriate to ignore the outstanding performers of the ICL who have delivered in as competitive environment as the IPL.

The movers and shakers of the BCCI should review their policy and their aim should become an organ in the promotion of the game rather than doing the opposite.