As many as seven of the eight participating Pakistan’s cueists stormed into the knockout stage of the 11-nation Jubilee Insurance 3rd 6-Red Snooker Championship 2014 whose league matches concluded at Hotel Avari Towers, Karachi, on August 18. 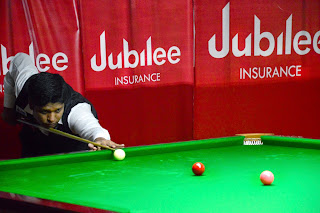 A total of 37 cueists from 11 countries had entered the fray and now it’s down to the knockout phase with 16 cueists having cleared the first hurdle. The pre-quarter-finals and the quarter-finals will be held on August 19 while the semifinals and final will be taking place on August 20. The four-day tournament will followed by the 2nd Asian Team Event, starting on August 21. 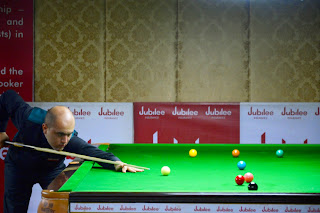 Top seeded Mohammad Asif, the 2012 world champion and the top seed for the event, and unseeded Ang Boon Chin qualified for the next round from the Group A ahead of Mohammad Raees Senzai of Afghanistan, who was ranked second in the group.

Second seed Hossein Vafaei Ayouri, who annexed the world crown in 2011, emerged the Group B champion by taming Shahid Aftab, who also advanced to the next round. India’s premier cueist and third seed Kamal Chawla was eliminated as the top two slots in the Group C were shared between the unseeded duo of Amir Sarkosh and Asif Toba. 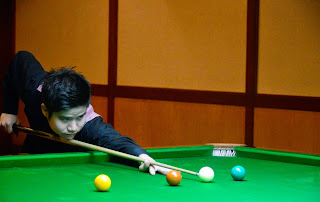 The unseeded duo of Omar Alkojah and Sohail Shahzad stormed in the pre-quarters from the Group F as sixth seed Mohsen Bukshaisha was sent packing early.

Seventh seed Saleh Mohammad and Au Chi Wai shared the top two positions in the Group G while the unseeded pair of Mohammad Sajjad and Rahul Ajay Sachdev moved innto the next round ahead of eighth seed Mutaz Saleymeh.

The performance of top seeded Mohammad Asif gladdened the hearts of his supporters as he managed to win all four league matches. Mohammad Sajjad also remained unbeaten in the league matches, as did Hossein Vafaei Ayouri and Chau Hon Man.

Close encounters are expected in the knockout phase as the pre-quarter-finals will be spread over two sessions on August 19. The morning session will start at 10 am and the remaining four fixtures will start at 1 pm. All are quarter-finals are due to commence later in the evening, at 5 pm.
readmore »» 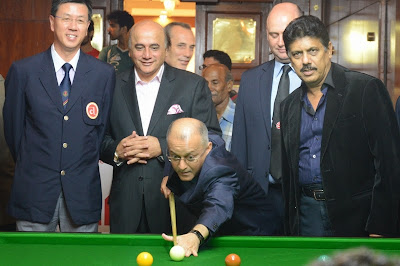 Tahir Ahmed, Managing Director, Jubilee General Insurance, was the chief guest in a colorful inauguration ceremony in which top officials of the Asian Confederation of Billiard Sports (ACBS) were also present.

The Jubilee Insurance Group, which has been supporting the cause of cue sports in the country for quite a few years now, has renewed the pledge to have a long-term relationship.

“It’s very heartening for us, as sponsors, to watch the game of snooker prosper with every passing year. The level of commitment of all the stake-holders is praiseworthy and we are happy to be playing our role in the further development of cue sports,” Tahir Ahmed observed. 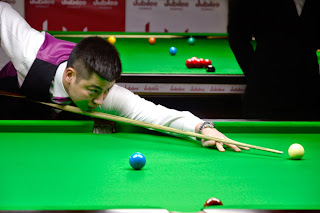 Alamgir Anwar Shaikh, President, Pakistan Billiards & Snooker Association (PBSA), welcomed the contingent of foreign delegates, officials and cueists to Karachi, wishing them the best of luck during their week-long stay for the twin continental events, offering lucrative prize money of US$23,625. The Asian Team Event carries prize money of US$14,250 while the 6-Reds tourney will be US$9,375 at stake.

“We have tried our level best to rope in as many teams as possible. It was never easy to achieve the goal in the present circumstances but it’s extremely satisfying to have the participation of cueists from 11 countries. We may be short on quantity but we are high on quality,” he observed while referring to the presence of some high-profile cueists on the occasion.

While the PBSA has stolen the limelight by roping in a large number of foreign participants in a most uncertain scenario, the top cueists of the country proved their mettle on the table in the shorter format of the game on the opening day of the twin events. 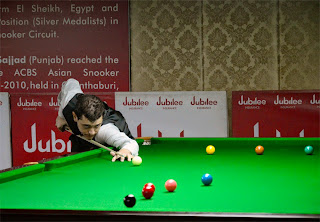 Mohammad Asif, the 2012 world champion and the top seed for the event, got off to a spectacular start, winning both his matches in the Group A on the opening day. After overpowering Mahanna Naseer Obaidli of Qatar 5-2 in his first game he demolished Katen Chawla of India in straight frames.

Second seed Hossein Vafaei Ayouri of Iran, the 2011 world champion, began his campaign on a sensational note as he whipped Majed Saeed Abdulnabi of Bahrain very quickly after registering big breaks in the first three frames. Third seed Kamal Chawla of India also started his campaign on a winning note as he tamed Lim Chun Kiat of Singapore 5-2 in his opening game.
readmore »»


The twin Asian snooker events, having started in the port city of Karachi on August 17, received a massive boost with the participation of the Indian cueists, who were issued visas at the eleventh hour.

Alamgir Anwar Shaikh, President, Pakistan Billiards & Snooker Association (PBSA), didn’t mince words in stating they were mighty relieved with the participation of the Indian cueists, who will also be the defending champions in the team event.

The Asian Team Event carries prize money of US$14,250 while the 6-Reds tourney will have US$9,375 at stake. “Certainly the presence of India has made a huge difference. They have elevated the profile of the tournament. The Indians have played here in the past as well and they have been quite popular visitors. It’s very heartening to host them again,” he stated.

“The contingents of Saudi Arabia, Nepal and Malaysia and the United Arab Emirates (UAE) pulled out at the eleventh hour but we are happy to have as many as 11 countries being represented in the twin events,” Alamgir Shaikh remarked.

Besides hosts Pakistan, the 10 countries taking part in the twin events are Afghanistan, Bahrain, Hong Kong, India, Iran, Palestine, Qatar, Singapore, Syria and Thailand. The PBSA had extended the invitation to all the 35 member countries of the Asian Confederation of Billiards Sports (ACBS).

Having staged a continental event here only last year, the organizers were confident of getting participation from around 25 countries this time but they may have to be content with 11 countries only.

Meanwhile Tahir Ahmed, Managing Director, Jubilee General Insurance, during his speech in media launch, announced additional cash prizes for the Pakistani cueists taking part in the back to back events. He paid glowing tribute to the young cueists for having earned glories for the countries during the last years, urging them to carry on their excellent work at the table.

Javed Ahmed, Managing Director, Jubilee Life Insurance, commended the rise in the standard of snooker in Pakistan and hoped that the journey will continue with the coordination of all the stakeholders. He vowed to further support cue sports and looked forward to sponsoring the World Snooker Championship in Pakistan in 2016.

Shoaib Ahmad Siddiqui, Commissioner, Karachi, assured the PBSA of the total support of the local administration in providing the security to the foreign cueists and delegates during their stay in the city.

Jahangir Khan, a living legend of squash, reckoned that the soft image of the country will improve greatly by hosting the twin events. He encouraged Pakistan’s cueists, who were present on the occasion, and advised them to take advantage of the home conditions and do better than what they did in the past.

“You should try to win both these events which will give you more confidence when you play abroad in future. You have done well in the recent years. Now try to capitalize by sustaining the momentum,” he emphasized.
readmore »»