Ricky Ponting has become the first Australian captain since Billy Murdoch to have surrendered the Ashes in England two times. It was a closely fought series in 2005 and the hosts were in possession of a very strong and balanced outfit led by the inspirational Michael Vaughan. 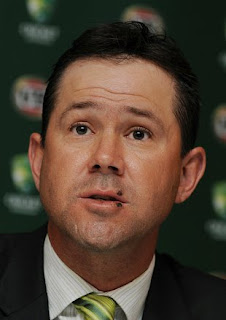 Ponting had a younger outfit at his disposal when he returned to defend the Ashes, after having snatched it most emphatically at home in the interim period, in the summer of 2009. England too had a relatively inexperienced side with Andrew Strauss having taken over the reigns of captaincy only last winter.

Many experts rated Australia as the favourites to win the Ashes battle despite the fact that Ponting’s boys had not been all that inconsistent during the past one year. They were finding it difficult to regain supremacy in the absence of the stalwarts like Shane Warne, Matthew Hayden, Justin Langer, Adam Gilchrist and Glenn McGrath.

The Australians did possess a formidable bench-strength but their management probably overestimated the youngsters on the basis of their performance in the domestic competitions or in the limited opportunities at the international level.

Obviously Ponting would also have been a pat of the strategy to get the old guard replaced with new blood. But there is a thin line between confidence and over-confidence. The Australians were ruling the world because they had been blessed with an outstanding team and the captain didn’t have much role to play in motivating or guiding the tried and trusted campaigners.

I maintain that it was a blunder on part of the Australians to have let go all their champion characters so quickly. There was still a lot of cricket left in them when the impression was being created that they were over the hill.

Australia, I reckon, would have been a much stronger proposition if people like Warne, Hayden and Gilchrist were still around. Their outstanding performance in the Indian Premier League was a clear reflection of them being in fine shape.

Ponting should share the blame for fast-tracking the exit of the veterans. Being the captain he should have batted for them even if the management had the plans to replace them. 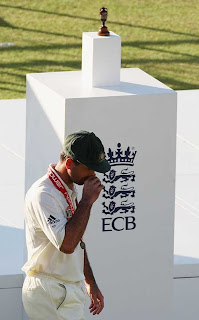 Now it’s Ponting’s turn to face the music. There are many people who desire his head to be put on the chopping block. Although the Board has come out in his support, besides some of his teammates, the feeling has frown that his days in office are numbered.

Ponting has said that he’s is open to the idea of handing deputy Michael Clarke the leadership responsibilities for the Twenty20 and one-day teams, and preserving himself for Test cricket. He has no other options either. He must have realized that the countdown has begun and it’s the beginning of the end for him.

Ponting himself got the one-day leadership in 2002 while Steve Waugh was doing the business in Test cricket. They shared the captaincy until Waugh quit the game 2004. Since then Ponting was the first-choice captain of Australia's Test, ODI and Twenty20 sides.

Now Clarke is most likely to be handed over the reigns for ODI and T20I with Ponting to lead the team in Tests only.
readmore »»