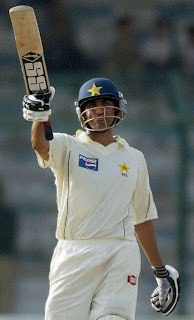 Mahela Jayawardene, the Sri Lanka captain, is a mentally tough man who mostly hides his feelings well be it in the field or in the media sessions. He is cool, calm and composed most of the time. He negotiates the trickiest of the questions as comfortably as he handles the quickest of bowlers.

The newly installed Pakistan captain, Younis Khan, should look to his counterpart and try to learn those traits that could come handy for him. The last Test series for Jayawardene as captain will be the first for Younis in the hot seat.

As Jayawadene will vouch, the national captaincy in the sub-continent presents tougher challenge than say in Australia, England or New Zealand. In this part of the world there are greater expectations from the team irrespective of its strength or the lack of it.

Jayawardene, who has been his country’s most successful skipper, had announced only recently the decision to quit the captaincy after the two-Test series against Pakistan starting on February 21.

Jayawardene is optimistic that his teammates will help him end his tenure on a winning note. He has faith in his team and there’s likelihood that the commander will be given a worthy sendoff by his troops.

The Sri Lankans certainly enjoy an edge over their rivals in every department of the game, going into the series with very high hopes of winning it handsomely. If they play to their potential the home side will be struggling for survival.

The one area where the difference between the two sides would be most obvious is captaincy. On one hand there will be an inspirational leader, having proved his mettle in every corner of the world while his counterpart will need to dispel the impression that he’s not been chosen only because there was no other candidate for the job. 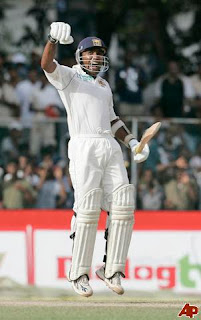 Jayawardene has the potential to extract the best from the guiles of Murali Muralitharan and Ajantha Mendis, the two outstanding spin bowlers in the Sri Lankan line-up but what about Younis. He has the tougher job up his sleeves of motivating a team that has not played Test cricket for a long time.

Jayawardene has more options and the bowling attack at his disposal is quite lethal on paper. The situation is not pleasing enough for Younis as Pakistan will once again be without its two most potent bowlers, Shoaib Akhtar and Mohammad Asif, for different reasons.

The Sri Lankans have more depth and experience in batting whereas Pakistan will be looking forward to their skipper to do the bulk of the scoring in the longer version of the game.
Younis will be missing Mohammad Yousuf, who had anchored the Pakistan batting for so long before joining the Indian Cricket League (ICL).

The only factor that is in favour of Younis is that it’s going to be a home series where the curators can bring some relief to them. Obviously he would like to have pitches prepared that don’t assist the spinners.