Flamboyant all-rounder Yuvraj Singh, as widely expected, has been included in India's T20 squad for the upcoming home series against New Zealand and the ICC World Twenty20 2012 to be staged in Sri Lanka. He is returning to international cricket after having successfully battled against cancer. 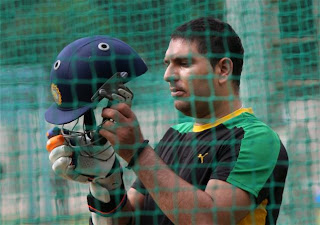 It was really stunning to know, through media reports, that India’s selection committee, headed by Krishnamachari Srikkanth, debated it for a loge time to arrive at the decision of naming Yuvraj in the squad for ICC World Twenty20 in particular.

Like any other cricket follower, I also found it astonishing about the opinion being divided on the recall of Yuvraj. It was being reported that the chief selector had no reservations about it but a few ‘worthy’ members of his panel had some other ideas.

How on earth did they comprehend leaving out Yuvraj when he was declared fit? Obviously he would not have been considered if he was not fit enough. I think it was a shameful act having deliberated it over more than one session.

Obviously as Yuvraj, who last played for India during the home Tests against West Indies, had indicated during his recovery from cancer, Twenty20 would be ideal format to mark his return to competitive cricket. 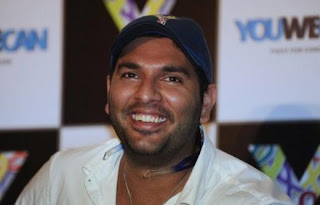 "We have picked the best possible Test team. We looked at the conditions (in Sri Lanka) for the World T20. We feel that we have picked a team that will win us the World Cup. We are very happy Yuvi (Yuvraj) has been declared fit. In 2011 World Cup, he was the Man of the Series. He is a crucial factor from India's point of view,” Srikkanth made the point after chairing his last meeting as chief selector in Mumbai on August 10.

Yuvraj, once declared fit, walks into the Indian team automatically. His absence was being felt more because of the inconsistency of players like Rohit Sharma, Suresh Raina and Yusuf Pathan during the interim period.

His return marks the end of a long and traumatic period. His problems had begun with breathing difficulties, nausea and bouts of vomiting blood during India's successful run through the 2011 World Cup, which he ended as the player of the tournament. 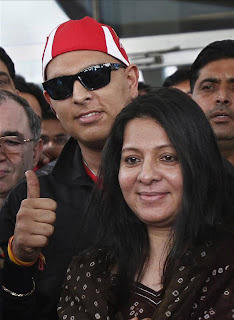 Six months later he was diagnosed with a rare for of cancer, mediastinal seminoma, and subsequently underwent chemotherapy in the United States of America (USA). He returned to India in April and commenced training at the National Cricket Academy (NCA) in Bangalore in June.

"Everyone was talking about whether I should be picked or not, so I wasn't sure. I heard the news of my selection on the TV. It is as if I was being picked for India again- that same feeling that I can't explain," the explosive cricketer felt.
readmore »»