Arif Taherbhoy, on whose shoulders the Pakistan snooker rested for nearly quarter of a century, has decided to call it day with the conclusion of the Jubilee Insurance 29th Asian Snooker Championship 2013 at the Sheraton Karachi Hotel on May 3. 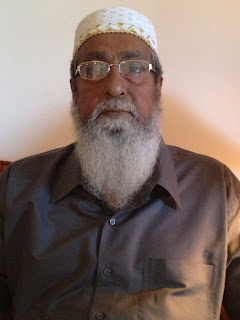 The Joint Secretary of the Pakistan Billiards & Snooker Federation (PBSF) since 1989, he had communication the high-ups about his decision at the start of the year but he was persuaded to continue working until the just concluded Asian Championship.

The limelight has been on Ali Asghar Valika, who led the national cue sports body with distinction for a couple of decades, and Alamgir Anwar Shaikh, who took over the leadership in 2008, but the role of Arif Taherbhoy has also been quite significant in taking snooker to the present level.

His workaholic attitude and total commitment helped the cause of the Pakistan snooker immensely. Upon joining what then was the Pakistan Billiards & Snooker Association (PBSA) in 1989, he was initially assigned the task of coordination with media but at later stage he was entrusted the responsibilities of managing the day to day affairs of the body’s secretariat which he has run very enthusiastically all along.

Arif Taherbhoy was born on February 14, 1949. He was engaged in a partnership business with his brother when the love for snooker brought him to the PBSA. 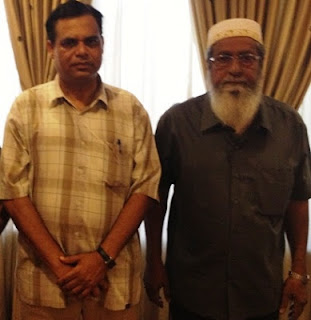 He was an active cueist since student life. He had played snooker at the club level during the days when the great Latif Amir Bakhsh was at the peak of his career. His biggest accomplishment was making the final of the Wahedna Gold Cup Inter-Clubs Tournament in 1972.

“I found the administration of the sport very much to my liking and I never considered it a burden. It has been a long journey which I have thoroughly enjoyed. Being a part and parcel of five editions of the Asian Snooker Championship staged five times between 1991 and 2013 besides the World Snooker Championship in 1993 has been both an honour as well as privilege,” he observed in a recent chat.

The 64-year-old Arif Taherbhoy smiled broadly when inquired lightly about the jumbo-sized briefcase, which he has carried all along during the course of national and international events.

“You do need a bigger bag to hold all relevant information regarding the tournaments like the draws, the rankings, the TA/DA sheets for the participants and other working papers,” he remarked.

The soft-spoken Arif Taherbhoy was awarded a gold medal by the Asian Confederation of Billiards Sports (ACBS) in 1998 but he considered the World Championship 1993 staged in Karachi as the most memorable event of his lifetime.

“It’s very heartening that we have played host to five editions of the Asian Snooker Championship (1991, 1998, 2001, 2007 and 2013) besides holding the World Championship in 1993 during the last 22 years. Let’s hope that more international snooker competitions are held frequently in Pakistan,” he concluded.
readmore »»