Sri Lanka have had their worst moments in cricket history against Pakistan. No wonder the Sri Lankans, having floored the toughest of opponents in their backyard, have yet not won a Test series at home against Pakistan. 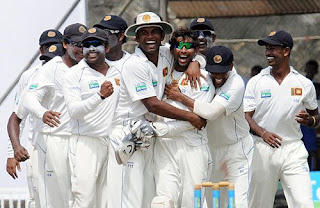 Although the Pakistanis were far too short on experience going into the first Test at Galle with three debutants they appeared the obvious favourites to go one up in the series when they took the field on the fourth morning with just 97 needed with eight wickets standing.

In theory Sri Lanka also stood a chance and with the history of the ground on their side they could have been expected of stretching the tourists on the weary track. But with Pakistan’s reputation of doing the improbable most frequently against Sri Lanka, not many people thought of anything else except a Pakistan win within the first couple of hours of the morning session.

But the fourth morning of the game witnessed a drama that brutally exposed Pakistan’s brittle batting. The match was certainly over before the luncheon break, as was being anticipated, but the roles were reversed. It was the home side that picked up eight wickets inside the morning session to earn a famous victory.

It was not for the first time when the Sri Lankans had fought back from the dead in an international cricket game but there hardly had even been such an instance of them doing it against Pakistan. 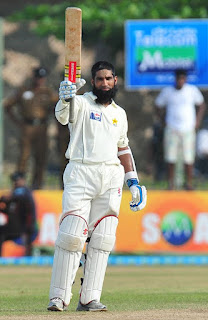 Left-armers Thilan Thushara and Rangana Herath turned it around for the hosts with superb spells as Pakistan lost their last eight wickets for just 46. Sri Lanka won the first Test by 50 runs, a margin that looked quite substantial in the context of the game.

Although Pakistan have lost the game, it would be the hosts who would be asked more questions. The failure of their established top-order batsmen against an inexperienced bowling attack would certainly make them concerned as they prepare to close the series in the second Test.

Kumar Sangakkara, captaining his country for the first time in a Test match, was found wanting with the bat in both innings as was his predecessor Mahela Jayawardene, who had an outstanding record at the ground. It’s not often that both these great batsmen fail twice in a match.

The Sri Lankan think-tank may also have a re-look at the composition of their side that narrowly escaped defeat at the hands of a team playing a Test match abroad after more than a year and a half. The hosts will also be wondering if to consider Ajantha Mendis an attacking option against the Pakistan batsmen who have treated him as another ordinary spinner.

Pakistan, although jolted on the fourth morning, might not need any sessions or drills because they could derive pleasure for having pushed the fancied hosts to the wall on the first three days, exceeding all expectations. 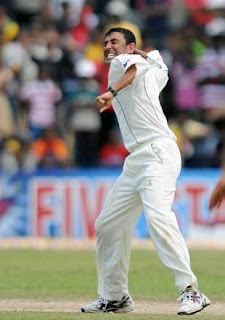 Mohammad Yousuf staged his comeback in the national team with yet another century that allowed Pakistan to take the first innings lead. The trio of debutant bowlers, Mohammad Aamer, Abdur Rauf and Saeed Ajmal performed exceptionally well. Even skipper Younis Khan excelled in his new role of a medium-pacer, claiming no less than four wickets in the game.