Focus on Shoaib Akhtar as Lee to skip UAE series

Posted by Syed Khalid Mahmood at 10:47 AM .
0 comments
Labels: Pak vs Aus
By Syed Khalid Mahmood
I am not sure if the Australians would classify this as a blow to their chances but Brett Lee’s absence from the upcoming limited-overs series against Pakistan to be held in the United Arab Emirates (UAE) will certainly disappoint the fans of the game. 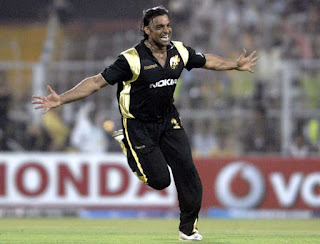 Now the spotlight will be on Pakistan’s spearhead Shoaib Akhtar who is fired up to deliver for the country once more. It would have been a real thrill for the spectators to watch Shoaib and Lee in the opposing teams but the latter would not be a part of the action in the battle.
The contest between Shoaib and Lee, two of the fastest bowlers to have entered the cricket arena, would have been fascinating even though both of them were to be on a comeback trail.
The return of the injury-prone Lee in international cricket was being fast-tracked but he’s not in a position to do the job for his country right now. He will have to wait a little longer now as the medical staff deemed his surgically repaired ankle not yet ready for the rigours of bowling.
Lee is a part of the Australian squad currently in South Africa and he will remain there for some more time for his rehabilitation but the chances of him playing for the Kings XI Punjab in the Indian Premier League (IPL) appear very remote. He still has a chance though of joining the squad in the UAE provided he makes a speedy recovery.
"The National Selection Panel (NSP) has been advised by Cricket Australia medical staff that Brett Lee is not yet fit enough to resume international cricket. While it's disappointing for Brett to miss the start of the Pakistan series, the NSP wants to take a careful approach to his return to the Australian team," Andrew Hilditch, the chairman of selectors, was quoted as saying.
"Brett's ankle has recovered well from surgery in January this year. However, the rehabilitation process is ongoing and, to date, Brett has not bowled sufficiently to allow him to be fit to resume playing cricket. I will be monitoring Brett's progress to assess his availability for any part of the series against Pakistan in the UAE,” Alex Kountouris, the team physiotherapist, added.
There have been rumours that Shoaib Akhtar is also not fully fit yet but it’s not clear whether he would still be played in the forthcoming matches. We have seen so many times in the past an unfit Shoaib taking the field and then returning to the dressing room on account of fitness. 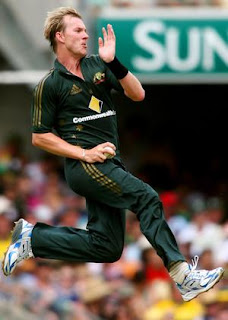 Shoaib has had these problems for the last many years and he has been in and out of the national team in the recent past. His statements to the media on the eve of every major series suggest that he’s fully fit but why he breaks down more often than not is something he’s unable to explain.

The Australians do have the backup support for people like Lee but Pakistan have struggled to find a decent pace attack and Shoaib’s absence has hurt them badly during the last few years.