Pakistan’s most promising youngsters, Hunain Aamir and Mohammad Majid Ali, after having given fine account of themselves in the league matches, crashed at the first hurdle in the knockout phase of the IBSF World Under-21 Snooker Championship 2012 in Wuxi, China. 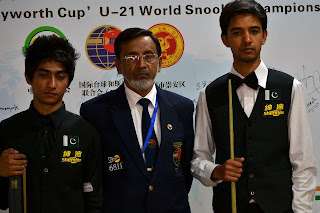 Hunain and Majid, having been trained and coached by former world champion, Mohammad Yousuf, on the eve of their departure to China, had done extremely well to force their way into the knockout round on their maiden appearance in an international event but neither of them succeeded in sustaining the momentum of league matches and got eliminated before the pre-quarter-finals. 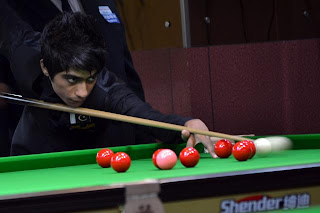 Hunain finished fourth in Group G by winning and losing three matches each. He had emerged triumphant in the first couple of outings rather comfortably but lost the plot afterwards, succumbing to defeats in his next three games. He regrouped to win the last league fixture to stay afloat in the event. 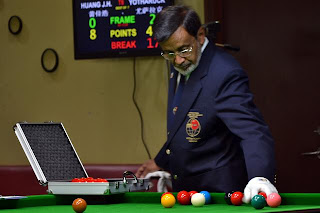 Lu Ning of China emerged the Group G champion with six wins in as many games while Alireza Khodaparast of Iran and Jurian Heusdens of Belgium finished second and third respectively in the points table.

Majid remained more consistent of the two, winning four of his six matches and finishing third in the points in Group C behind Zhu Yinghui of China and Mitchell Mann of England. Lalrina Rentheli of India, who came fourth, also qualified for the last 32.

A total of 63 cueists, divided in eight groups, entered the championship with 32 of them making it to the knockout stage.
readmore »»