The Indian skipper, Mahendra Singh Dhoni, finds no problem in playing continuous cricket and he sees no reason to complain about the overdose of international matches. 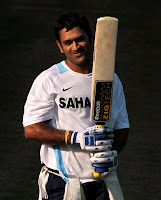 "If we complain now - three days after the home series against New Zealand we will be in South Africa - we will be complaining the whole year then. We all knew exactly what the schedule was and how exactly we are positioned," he said on the eve of the first Test against Australia starting in Mohali on October 1.

"I don't believe much in strategizing before the match. A lot depends on the conditions available at a given time. A successful batsman will adapt himself to each and every condition, so the basic plan remains the same. Most of our players have played against Australia, both home and away. Whatever time we got was enough to get our plans in place," the Indian captain said.

"Some of the players were together before some of the boys came after the Champions League. Equal importance was given to cricketing skills and fielding aspects. I think we have made best use of the time we got ahead of the series and hopefully it will reflect on the field,” Dhoni felt.

Obviously Dhoni can’t be expected to speak against the policies of the Board of Control for Cricket in India (BCCI) but the fact remains that it’s indeed a bit risky to be getting together just two days before a Test series.

The Champions League T20 in South Africa ended just a few days before the start of the home series against Australia and the fitness of the players could be tested severely in the days to come.

Murali Vijay had just one day of training while Dhoni and Suresh Raina got only a couple of days for warming up for the first Test. Their spirits must be sky high after powering Chennai Super Kings to title win but what about the state of their bodies. Are they made of steel or have shock-absorbers inscribed to take the pressures of long air travels.

While Dhoni played down the issue of acclimatizing the Australians looked at it entirely differently and they were concerned about the late arrival of Doug Bollinger and Michael Hussey, both of whom also played in the Champions League, as the rest of the squad had descended in Chandigarh more than a week earlier.

No surprises that India and Australia think of such matters so differently. Little wonder then about the results. The Australians often win the opening match of a series while the Indians are more often watched using the first Test as net practice for the next game.

"Generally we are very good starters as well. Our record starting Test-match series is very good. That's one area we can focus on a little bit more, making sure that we start the game well knowing in the back of our minds that India generally are slow starters. I'm sure they're aware of that as well. I'm sure that's something they've spoken long and hard about over the last few years," Australian captain Ricky Ponting emphasized.
readmore »»

Former Pakistan captain, Zaheer Abbas, also known as the Asian Bradman, feels that Younis Khan is the best choice to lead Pakistan. The legendary stroke-maker who enthralled the full houses with his enchanting drives and cuts firmly believes that Younis has the potential to deliver.

"With the future of Salman Butt as captain and player now uncertain because of the spot-fixing scandal, the best choice to lead Pakistan is Younis Khan. The Pakistan Cricket Board (PCB) should not waste any more time in appointing Younis as the Test team captain because he is the ideal man to lead the team after the controversial tour to England," Zaheer observed in a recent interview. 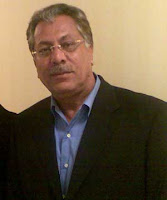 "Whatever problem there is between Younis and the board it needs to be sorted out quickly, Younis must meet with the board Chairman and also make himself available for Pakistan again. The forthcoming series against South Africa in UAE is going to be a tough task and the board must have the best man leading the Test team," he advised.

"Pakistan will require his experience in the World Cup. The tournament is not far away and I don't think we now have time or room for experimenting with new players," Zaheer reckoned.

He was of the opinion that the PCB should reappoint Younis as captain without further delay to lead the turnaround.

Well not many people would agree with the observations of Zaheer because Younis had remained a reluctant leader even at the best of his times and it could be a bigger risk handing over the captaincy to him once more.

Pakistan’s cricket team has been in the limelight for the wrong reasons for quite some time now and the spot-fixing controversy near the end of the recent Test series against England created more problems for them.

With the International Cricket Council (ICC) having provisionally banned the trio of Salman Butt, Mohammad Aamir and Mohammad Asif, the post of a Test captain has become vacant once more.

Salman had been drafted as the Test captain during the English summer when Shahid Afridi announced his sudden retirement after a heavy defeat at the hands of Australia in the first Test.

Many people had felt that Shahid was not the right choice to be asked to lead the country in every format of the game because he hardly fitted in Pakistan’s Test playing eleven and it needed just one game to expose his shortcomings.

Now there are rumours that Ijaz Butt and his cronies are in the process of negotiating another ‘deal’ with the enigmatic all-rounder and he might be made the Test captain again for the series against South Africa.

Ijaz Butt and his trusted lieutenant, Yawar Saeed, seem to be having a personal grudge against Younis in any case and they were not going to reappoint him until, of course, someone from the office of the President or the Prime Minister intervenes.

The temperamental Younis has had an exceptionally record as a batsman but he didn’t impress with his leadership skills. In fact his batting had deteriorated during his own tenure as captain.
readmore »»

The Ashes 2010-11 is still more than seven weeks away but it’s the topic of discussion at many forums and the experts are not shy of expressing themselves as the much talked about battle draws nearer. 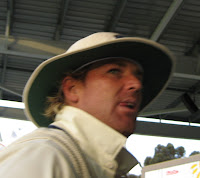 Shane Warne, having played the key role in deciding the fate of quite a few Ashes series in favour of Australia, reckons that Australia would be more vulnerable on home soil than they have been in a generation. He, however, still predicted a 2-1 winning scoreline for the hosts.

"Given that there's not much between the two teams, you think the next thing to weigh up are the Australian conditions. Australia have only lost a couple of series in 20 years in Australia,” he pointed out.

"With Australia in transition, they are not playing as well as they can, while England are playing pretty well and with a settled squad, so I think that mix makes for a good series. England were embarrassed last time in Australia - they lost 5-0, so they want to try and put that right, but it's a tough ask. They need Graeme Swann to take 30 wickets in the series, and if he does that, they can probably win," Warne added.

If the greatest spin bowler of all time reckons that Swann has a chance of picking 30 wickets in five Tests then it certainly means something. The Australians would obviously be not taking the off-spinner lightly who has improved in leaps and bounds over the last couple of years.

Warne has also pinned great hopes on his former Hampshire teammate, Chris Tremlett, who has had temperamental problems in the past.

"I captained him for a while at Hampshire but I think the thing with Tremlett is his body language. He needs to improve that because at times he can appear a bit soft. But he's got all the ability in the world, and he could easily be the No. 1 bowler in the world if it all clicks. If he could bring his net form out into the middle, and continue working on his body language, he could really be a strength for England," the champion leg-spinner thought.

Warne was convinced that Australia were already looking beyond the two-Test series against India starting in Mohali on October 1 and their sights fixed firmly on reclaiming the Ashes on home soil.

"Most of the time that India and Australia play it would be over four Tests, but leading up to the Ashes it's a good thing because they need Tests, not heaps of one-dayers and Twenty20s, They want to try and win every series that they play, because that's what sportsmen do, but if they lose they lose, and they'll start their focus back in on the Ashes," he commented.

Warne didn’t think that the Australians would be all that concerned over the ICC rankings as they would be falling behind England for the first time since 2003 if they lose the two-Test series against India.

"I don't think it'll have any bearing on the outcome of the series, or the way they prepare for the series. It's just a number. If you're winning Test matches you're at the top, if you're not winning Test matches, you'll slide down. Australia will be disappointed if they lose the series and drop down the rankings, but hopefully they'll win there, and hopefully they'll win the Ashes too,” he asserted.
readmore »»