PCB’s reluctance to support Dr Shah disgraceful but not unexpected


The International World XI, comprising cricketers from Afghanistan, South Africa, Sri Lanka and the West Indies, is all set to take on the Pakistan All Stars XI in the first of the two Twenty20 games at the National Stadium, Karachi, on October 20 with the second one to be played the following day.

It’s a monumental effort on part of Dr Syed Mohammad Ali Shah, the Sindh Sports Minister, to have roped in the foreign cricketers and finally turned his cherished dream into reality.

There has been no international cricket in Pakistan since March 2009 as tour after tours have been cancelled on the pretext of security concerns. Pakistan couldn’t even stage their quota of matches in the ICC World Cup 2011.

Ijaz Butt was the Chairman of the Pakistan Cricket Board (PCB) when a bus carrying the Sri Lankan cricketers was attacked in Lahore in April 2009 after which the foreign teams have not been interested in touring Pakistan. 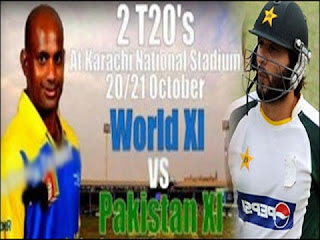 Ijaz Butt’s tenure as the Chairman PCB was a nightmare for the Pakistan cricket to say the least and the local circles had heaved a sigh of relief when he was finally removed from office in 2011.

His successor, Chaudhary Zaka Ashraf, was expected to do some damage control after the bleak period but unfortunately he hasn’t seemed much inclined towards undoing the malpractices and wrongdoings of his predecessor.

Zaka Ashraf should have backed any initiative aimed at reviving the international cricket in Pakistan but unfortunately, instead of supporting Dr Shah, he decided to take him on initially.

Dr Shah had to mobilize all his connections to keep his plans afloat. Wasn’t it shameful that the PCB was unwilling to extend me the support he desired to bring the World XI to Pakistan? 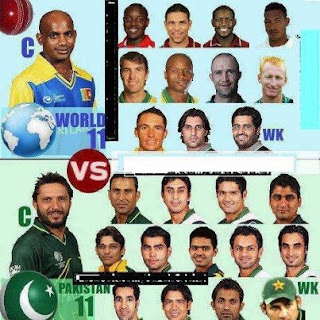 The planned T20 series had to be postponed on a couple of occasions due to the hurdles erected by the PCB.

It was not the International Cricket Council (ICC) but the PCB that delayed the resumption of international cricket in Pakistan by five months.

The series could have easily taken place in May this year when the contract with the World XI players had already been signed.

The PCB blocked the matches by refusing to let the Pakistan team play, offering a ridiculous excuse.

Any other ordinary mortal would have given up due to the stance taken by the PCB which was in the forefront in stopping the revival of international cricket in Pakistan.

Dr Shah is not just another person. Besides vision, he also has the perseverance to overcome the obstacles of various kinds. The PCB had to succumb to his plans and the permission was finally granted to him to go ahead with the two T20 matches which he desired to hold.

Here was an opportunity for the PCB to make amends and capitalize on the efforts of Dr Shah. But they have shown once more than they are being governed by people with vested interests who have their own agenda.
readmore »»