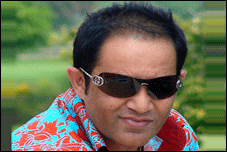 Pakistan International Airlines (PIA), having pioneered the idea of launching the colts scheme in cricket, have now joined hands with a few other corporations in reviving the programme that had helped in discovering a number of promising youngsters who went on to become big names in the following years.

Former Test opening batsman and now head of PIA Sports Division, Shoaib Mohammad, himself a product of the colts progamme, has revealed that National Bank of Pakistan (NBP) and State Life Insurance Corporation (SLIC) have also been taken on board while reviving the colts scheme.

“We have recently re-launched the PIA Cricket Colts Programme that envisions hunting, selecting, growing and developing talent for professionalism in cricketing world. We have also taken the initiative of joining hands with NBP and SLIC, asking them to take up similar programmes in their respective organizations and contribute towards the progress of sports in Pakistan,” Shoaib disclosed.

As many as 267 teenagers appeared in the recent PIA colts trials from which 50 players were shortlisted. Later a high profile selection committee comprising of Hanif Mohammad, Saleem Jaffer, Iqbal Qasim and Shoaib Mohammad, assessed the candidates for their teamwork, skills, agility, attitude and potential for future growth. The panel finalized selection of 13 colts.

“The programme aims to ensure getting these colts to qualify for selection at PIA and national team levels, by encouraging them to demonstrating professionalism in their skills and behaviours,” Shoaib remarked.

“It intends to achieve this aim through a four pronged strategy firstly by providing academic, communication, grooming, etiquettes and computer literacy needs of these selected colts. Then for two years train and develop them, on-the-campus, in cricketing skills, thirdly introducing a mentoring program under which legends like Hanif Mohammad, Zaheer Abbas, Wasim Akram, Shoaib Malik, Shoaib Akhtar will be invited to mentor them,” he added. 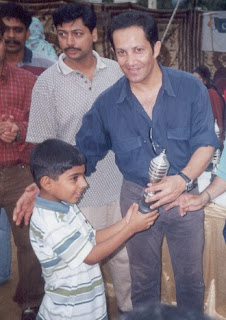 “We would assess the trainees for improvement through a PIA Cricket Colts Selection and Monitoring Committee who will identify the promising players having consistent outstanding performances. Lastly, these colts would be provided with travelling opportunities by participating in matches across the country and on foreign soils,” Shoaib said.

The initiative of PIA augers well for the future of Pakistan cricket at a time when the majority of the departments, who were so enthusiastic in the promotion and development of sports from the grassroots level, have slowly withdrawn their proactive support due to various reasons.

PIA have had the history of promoting sports in a big way over the years. Their sports department may be shrinking but their recent decision to revive the colts scheme suggests that they are still interested in associating their name with sports. The PIA Cricket Academy in Karachi is another reflection of their desire not to part ways from social service. readmore »»