Strauss made the difference

If anybody deserved to claim the coveted Ashes trophy at The Oval on August 23 it was Andrew Strauss. The England captain had only led from the front but he also contributed the most significantly to the success of his team. 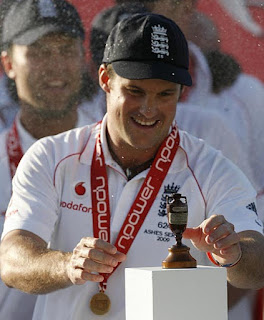 Although there was a Man of the Series from either side, I have little doubt in my mind that Strauss would have edged out Michael Clarke if there were a single award. So awesome was the contribution of the England skipper who gave a perfect exhibition of leading by example.

Strauss was rewarded for his persistence and leadership qualities. He changed gear at will at top of the order to provide a stable platform for his teammates who must have felt motivated by the consistency of their captain.

Strauss was able to execute his plans nearly to perfection primarily because he was scoring runs in nearly every outing in the middle. Conversely it certainly becomes a different ball game when the captain of a team is unable to perform.

He scored close to 500 runs in the five-match series at an average of over 50. The second highest scorer in the series from England, Matt Prior, was way behind the skipper. Prior made 261 while Strauss aggregated 474.

Strauss held the key to England’s fortunes in their bid to regain the Ashes and he rose to the occasion splendidly to engineer the most famous win of his career yet.

"For me, I suppose it is better than 2005, because I've captained the side. But we've moved forward from then, there are different personalities involved, and a different management team as well," Strauss observed.

"It's one of those situations that you can't prepare yourself for, and you don't let yourself think about that moment in case it never comes. We were all just running around like idiots, to be honest. That's as special a moment as you'll get on a cricket field - 2005 will live long in my memory, and these two moments are as special as anything I'll go through," he added. 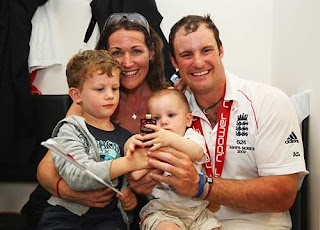 “We went through so many emotions today. "Hope, frustration, worry... despair at times when we didn't look like taking a wicket. You don't realise how hard it is to get over the line until you do actually get over that line," he said while recalling the tension and excitement of the day when the Ashes came into his grabs.

"It feels pretty special to be standing here right now. It feels like a lot more than seven or eight months ago when I took over. There's been a lot of water under the bridge, because we were in a pretty bad state, to be honest with you. But it's an amazing day, and one that seemed a long way off after Headingley. But all credit to the guys, because they had to dig deep. An Ashes series forces a player to dig deep, and the guys have done that and come out fighting. It's a special moment for all of us," the England captain reckoned.
readmore »»