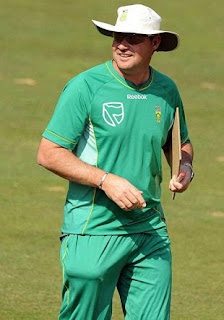 Yes Mickey Arthur and Corrie van Zyl used to be teammates as they played together for Free State in the 1990s. Little would have they known those days that they would be replacing each other as the national cricket coach many years later.

Arthur resigned from the position a few days ago announcing that his vision for the national team differed with that of Cricket South Africa (CSA).

"It was clear that the vision I had and CSA’s vision are different. I am disappointed, because when I started there I said I wanted to get South Africa to No. 1 in both forms of the game, I wanted to be the first South African coach to win in England, and the first to win in Australia. The only thing I didn't achieve was an ICC trophy,” he remarked while making the decision.

“I'm not going to be jumping into anything too soon and I might dabble into a few other things and see where that takes me. I think I will consider anything that comes down the line. I will sit and wait for the right opportunity and the best opportunity where I can make an impact,” he added.

Arthur’s resignation was followed by the sacking of the selection panel and then broke the news of a structural overhaul of the CSA to take place during their meeting on February 19.

The interim selection committee, replacing the one led by Mike Procter, comprised the CSA Chief Executive, Gerald Majola, high performance manager Corrie van Zyl, who was also appointed as the interim coach, and former captain Kepler Wessels, having the addition responsibility of being the team's batting consultant.

"Cricket South Africa is looking at the entire structure the team operates under and there are still consultations going on. Some of these are about selection too and the whole process by which the team is selected,” Majola revealed.

"In the last few years, the coach has been able to appoint his own staff, but after speaking to the players, the board felt changes were necessary. Mickey did not believe that if these changes were made, he'd be able to choose his own people, so he moved on," the CSA chief added. 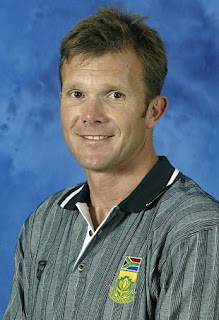 "We believe as a board that Mickey has been very successful. His resignation came through the normal stock-taking process which followed the England home series and against the backdrop of the disappointing results of 2009. As this process unfolded and remedies were sought, Mickey expressed the very honest and humble view that he did not believe that at this stage he could continue as coach of the Proteas,” Majola disclosed.

"In the circumstances, he tendered his resignation and it is with much regret that the CSA Board accepted it. We have accepted Mickey's view that a change at the coaching helm is needed, and we have made this as seamless as possible by bringing in on a caretaker basis the considerable expertise of Corrie van Zyl, who is doing outstanding work as CSA's High Performance Coach," he stated. readmore »»