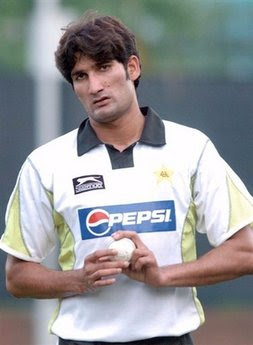 What a pity that the quartet of Sohail Tanvir, Ahmed Shahzad, Javed Qadir and Nadeem Shaikh had to be banned indefinitely from playing in the cricket tournaments at the Karachi Gymkhana for having brought the game to disrepute.

The technical committee of the 24th PPL Trophy Karachi Gymkhana Ramazan Festival Twenty20 Cricket Tournament 2009, headed by Iqbal Umar, found them guilty of having violated the code of conduct while playing the quarter-final tie for A O Clinic Cricket Club against Karachi Electric Supply Corporation (KESC) on September 13.

“The umpires, Riazuddin and Junaid Ghafoor, had complained in writing to the technical committee that Sohail Tanvir, Ahmed Shahzad, Javed Qadir and Nadeem Shaikh were engaged in verbal abuse, suspected ball tampering and defying decisions. The technical committee, in view of the umpiring report, has banned all the four cricketers from future tournaments at Karachi Gymkhana,” a statement issued by the organizing committee read.

It’s very sad indeed that Sohail Tanvir and Ahmed Shahzad, who have played international cricket for the country in the recent past and they are still in contention for a place in the national squad, displayed so much immaturity while appearing in a local tournament of Karachi.

Sohail Tanvir and Ahmed Shahzad, who had come from Lahore, didn’t make any friends by behaving so rudely and unprofessionally in the cricket field. They showed disrespect to two international umpires, contending their decisions like schoolboys.

I am not if they were aware of the fact that the Karachi Gymkhana happens to be one of oldest institutions of the country and its members have been known for going by the book.

Sohail Tanvir and Ahmed Shahzad, in particular, were being blamed for the chaos with the others like Nadeem Shaikh and Javed Qadeer getting the cue from them. It was very unfortunate that the incidents of indiscipline took place in the presence of Dr Syed Mohammad Ali Shah, whose A O Clinic Cricket Club has played in all the 24 editions of the tournament so far.

Dr Shah, who is also a member of the Governing Body of the Pakistan Cricket Baird (PCB), besides being the President of the Karachi City Cricket Association (KCCA), should take a note of the ugly behaviour of players of his own team. 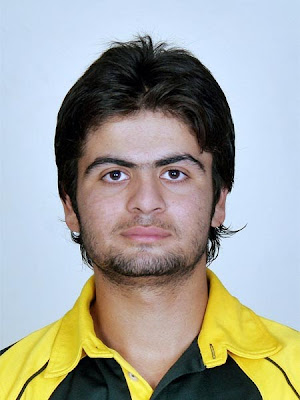 The technical committee of the Karachi Gymkhana obviously can impose a ban on the cricketers found guilty in their own tournaments. Now the ball is in the court of the PCB to conduct an enquiry and take appropriate action to prevent such incidents in future.

Dr Shah, who was present at the ground for the better part of the ill-tempered match, can set an example by having those cricketers punished who challenged the authority of the umpires and tried to influence them.

Both Sohail Tanvir and Ahmed Shahzad are young cricketers. They are expected to make a comeback in the national squad in not too distant future. But they need to be more stable mentally and they must learn to accept the decisions of the umpires.