Diversity Cup to get underway on September 5 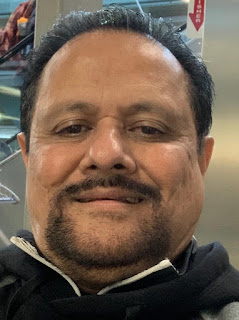 While the focus of attention for the past one month was Pakistan’s much talked about tour of England where we were able to witness some high quality cricket despite rainy summer.

Now all roads will be leading to Detroit in Michigan where Global Sports will be staging the 15th edition of the Diversity Cup, regarded as one of the most popular cricket tournaments in USA, from September 5 to 7.

It’s going a festive weekend with lots of entertainment to be available for the cricket lovers who will be assembling from the different parts of the US, despite the threats posed by coronavirus (COVID-19).

A total of eight teams will be competing for the trophy. They will be battling it out over three days for getting the lion’s share in the attractive prizemoney of USD 17,500.

The participants have been divided equally in two groups. Pakistan Greens, India Blues, Bangladesh Tigers and Asia United have been drawn in the Group A while Michigan Cheetahs, USA Blues, Smart Choice World XI and Mich-ca XI constitute the Group B. 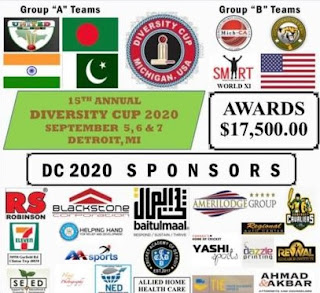 An added feature during the cricket carnival at Detroit will be a coaching camp for the youngsters on September 5.

Jalaluddin, a former Test fast bowler and an ICC Level-4 coach, will be master trainer at the youth camp and I have been assigned the responsibility of assisting him during the one-day event.

The Diversity Cup has become one of the success stories because of the continued hard work of the organizers and the team owners who have been generously supporting the tournament over the years.

Dr Shaukat Rasheed, based in Toledo, Ohio, will be fielding the Pakistan Greens outfit for the first time and he has reckoned it to be a strong and balanced side. I might be associated with their team in the capacity of coach, if needed.

Shahid Malik, a leading businessman, has been a huge support to the cause of cricket by owning a high profile team for the past eight years. The teams, owned by him, have often contained four to five international cricketers. 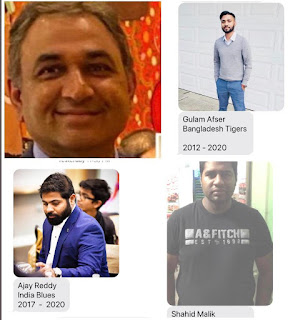 Ajay Reddy, another ardent cricket supporter, has been managing India Blues for last three years quite enthusiastically and his team has performed consistently over the years.

Ghulam Afser, who has been running Bangladesh Tigers for the last eight years, is an invaluable support to the organizers as has been Sarwat Iqbal, who owns USA Blues.

Their passion for the game has helped the tournament immensely. Well it’s time to celebrate as the Diversity Cup has turned 15 now.

Having been associated with the Global Sports in the capacity of Vice President, Advisor and coach since inception, I feel proud to be a part of the team which has made it one of the most popular annual cricket events of the country.

Global recognition has also come our way as the International Cricket Council (ICC) had recognized the Diversity Cup as a tournament in 2016. It’s really pleasing to share that an average of seven to eight Test cricketers from different countries has been in action during the course of a tournament.